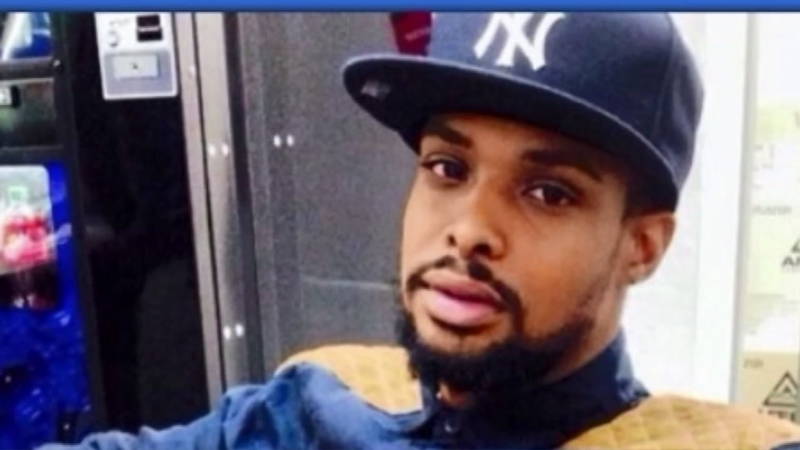 RALEIGH (WTVD) -- The family of a Raleigh man struck and killed last September in a hit-and-run incident gathered Saturday night to recognize his birthday month.

Jamar Beach, who would have turned 28 this month, was riding his motorcycle when he was struck and killed during a hit-and-run on New Hope Church Road.

The accident happened shortly before 1 a.m. on Sept. 1, 2018 when a 2009 Honda turned onto Bonneville Court from New Hope Church Road and collided with a motorcycle. The crash was so violent that Beach was decapitated.

"His body was left in the van that was actually in this apartment complex right there," said Cameo Robinson, Beach's mother.

The judge in the case handed down the maximum sentence of 20-33 months. Investigators said they could not gather enough information to charge Neri Damian Cruz-Carmano--who entered the country illegally from Mexico--with driving while impaired or causing the accident, even though they believe he did both.

"He was working. He was taking care of his family. And that opportunity was snuffed from him," Robinson said of her son, adding he had turned his life around following the birth of his son.

Robinson was critical of sheriff's opting out of the 287(g) program, which is an agreement between local authorities and federal immigration officials to honor ICE detainments.

"I think it's basically a political issue that they're going to ensure they're re-election. And they're not looking at the disregard for the citizens here that's actually suffering," said Robinson.

With credit for time served, Cruz-Carmano could be eligible for release by next Spring. Following his sentencing, Robinson told ABC11 that she would support his deportation.

"I'm going to encourage deportation, because he has no business here," Robinson said. "Now that he's committed this horrendous crime, he definitely doesn't deserve to be in America. Because if he wanted to be in America he would have come legally."

Wake County Sheriff Gerald Baker is one of several leaders in the Triangle to remove their department from the program, stressing the importance of building trust between the immigrant community and law enforcement, adding deportation is not the responsibility of local officials.