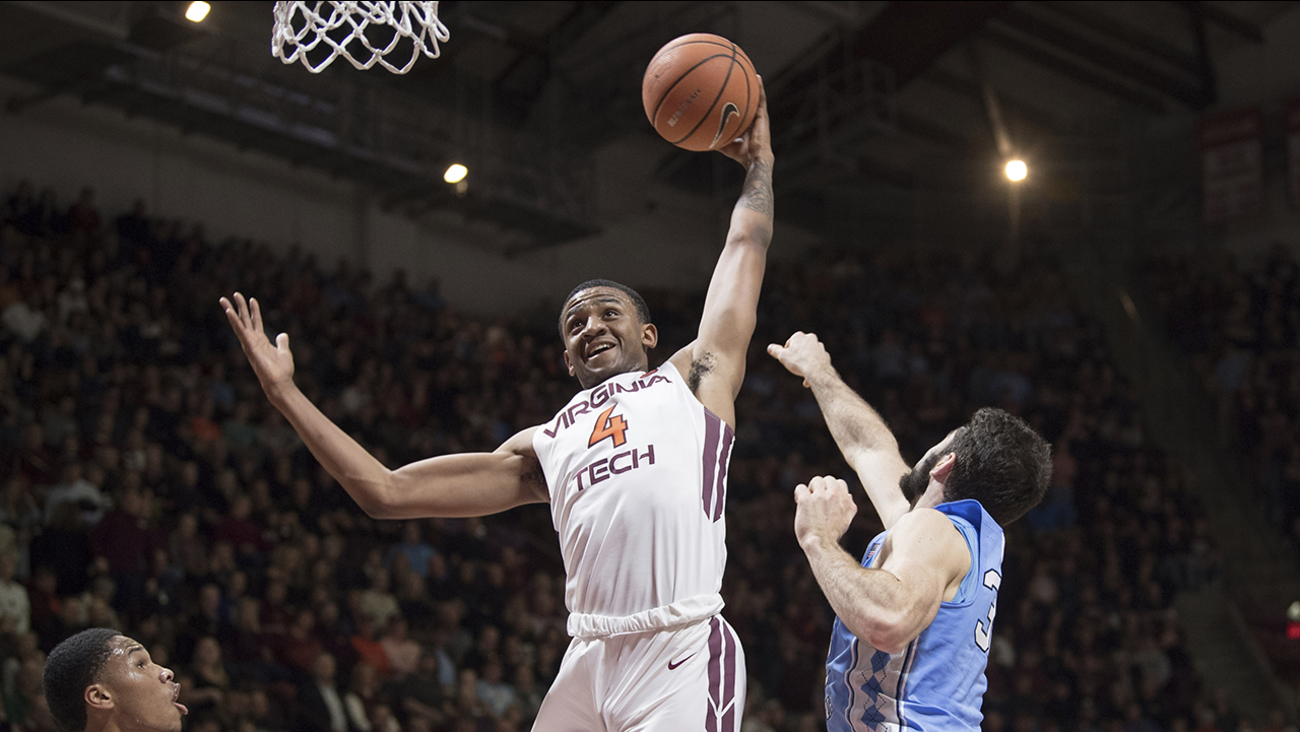 BLACKSBURG, Va. -- Justin Robinson scored 19 points and Virginia Tech pulled away in the second half to beat No. 10 North Carolina 80-69 on Monday night.

Joel Berry and Luke Maye scored 23 points each for the Tar Heels (16-5, 5-3). North Carolina never got closer than eight points in the final eight minutes.

The Hokies ended the first half on a 15-2 run to lead 39-32 at the break. Back-to-back 3-pointers by Berry sparked the Tar Heels early in the second half, but then Hill's 3-pointer started his personal 7-0 run.

Joel Berry II had 23 points for the Tar Heels, who faded late in the loss to the Hokies on Monday.

As the final horn sounded, fans that had been chanting "just like football" streamed onto the court

North Carolina: The Tar Heels like to play at a fast pace, but were not as adept at getting back on defense against the Hokies, who scored numerous baskets before 10 seconds had come off the shot clock.

Virginia Tech: The Hokies are second nationally in field goal percentage at .521, and while they came up short of that against the Tar Heels, they outscored North Carolina 32-26 in the paint and outrebounded them 36-35.