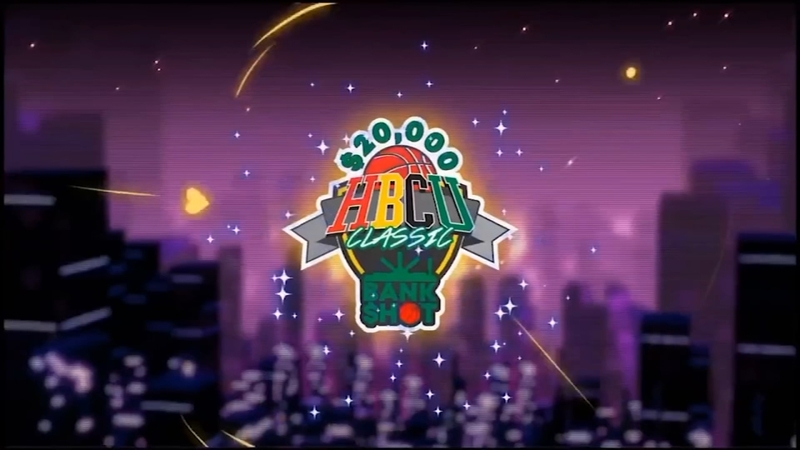 WINSTON-SALEM, N.C. (WTVD) -- A Winston Salem State University student from Tarboro got a message on Instagram a few weeks ago about a virtual HORSE basketball competition via Zoom. At first, he thought it was spam but now five weeks later, he's won a $20,000 prize.

"It's crazy, almost unbelievable," said Kendrick Pittman Jr. "If someone would've told me when they first DM'ed me that I would be the winner of the HBCU virtual HORSE game then I would just laugh them off, but now it's very real."

Russell Morgan, founder of Showcase Sports Syndicate was the driving force behind the event.

Morgan teamed with a friend of his, Promise Mangum, of Bank$hot media to create a month-long, intercollegiate virtual HORSE tournament where students competed for 10,000 for themselves and $10,000 for their school's Student Government Association.

"It's a lot of money," Morgan said. "Each one of these kids that we met, when we got an opportunity to talk to them and see what they had going on in life, I have to honestly say that I wanted every one of them to win. I wish that we had $100,000 that we could have spread out amongst them because they were all just shining lights, the types of kids that you could really see going far in life."

Pittman Jr., a senior at WSSU, is glad to see the recognition for Historically Black Colleges and Universities.

"I think it means the world," he said. "It shouldn't have taken this long, but now that spotlight is on us it's a great thing, it means the world. I feel like HBCU students are finally getting their chance to embrace that culture, embrace the HBCU culture and finally just show the world what we have to offer."

Anyone could sign up for the tournament as long as they were enrolled in an HBCU and not an NCAA athlete.

"I was nervous a little bit," Pittman Jr. said. "I also was like just have fun. I prayed about it a little bit. I left it all up to God. I did practice a little bit. I went in the gym to make sure my shot was ready for the game. It was a good experience."

"I group FaceTimed the chat and was like, I won, I won, I won," he said. "I really couldn't believe it, but my family, of course, was excited my friends were most definitely excited. It was just a great time for everybody and a great sense of enjoyment."

Morgan was pleased with the results and happy to contribute to boosting HBCUs.

"On a personal level, having strong ties to the HBCU community, I think it's pretty cool," said Morgan. "I'm proud of what Promise and I have decided to do with ourselves the past couple of months."