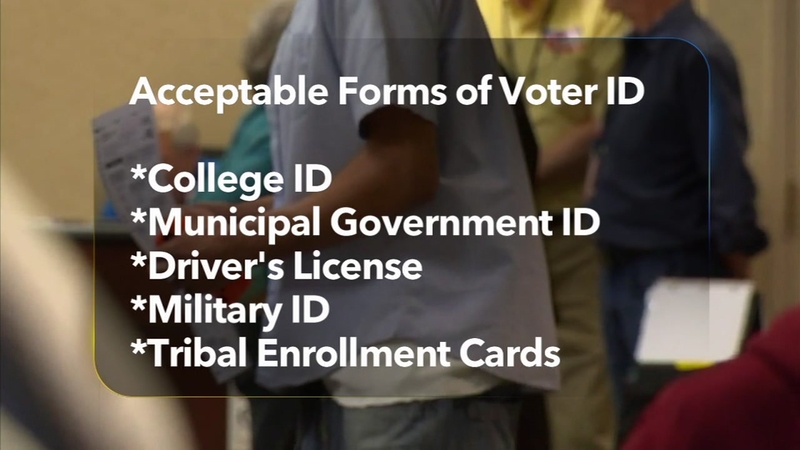 RALEIGH, N.C. (WTVD) -- What's the rush on writing the rules for voter ID? Republicans say voters made their wishes crystal clear when they voted it into the state Constitution, and they're not waiting.

"We've been bending over backwards to do everything you all requested," said Randolph County Republican Senator Jerry Tillman. "No, it does not disenfranchise anyone."

Under the new rules, college ID's would be accepted to vote, including community colleges and private universities. Municipal government ID's that meet state requirements would also be accepted; Along with driver's licenses, military ID's and tribal enrollment cards.

Democrats want Republicans to slow down -- insisting the GOP is trying to jam the voter ID rules through while they still have enough members to override any veto from Gov. Roy Cooper.

A third and final vote is scheduled in the Senate on Thursday where voter ID will likely pass then move to the House next week.

Cooper has not said yet whether he will veto the bill, but he repeated his claim earlier Wednesday that voter ID is a solution to a problem that doesn't exist.
Report a correction or typo
Related topics:
politicsraleighncvotingstate politicsgeneral assembly
Copyright © 2022 WTVD-TV. All Rights Reserved.
TOP STORIES
2 to 3 inches of snow possible in Triangle
Voting bill collapses, Democrats unable to change filibuster
'We can't get any more': Stores struggle to restock shelves
Third arrest made in Black Friday shooting at Streets at Southpoint
Daniel Turcios shot 5 times after crash on I-440, RPD reports
NC legislature votes to further delay primaries until June 7
'He was special': Durham friends remember Andre Leon Talley
Show More
Cumberland County mom spins way to $500,000 lottery prize
Victim in fatal I-85 crash was just 3 months old
19-year-old military driver charged in wreck that left 2 Marines dead
Earnhardt Jr. to be inducted into NASCAR Hall of Fame
Raleigh man feels lucky to be alive after bullet found above his bed
More TOP STORIES News