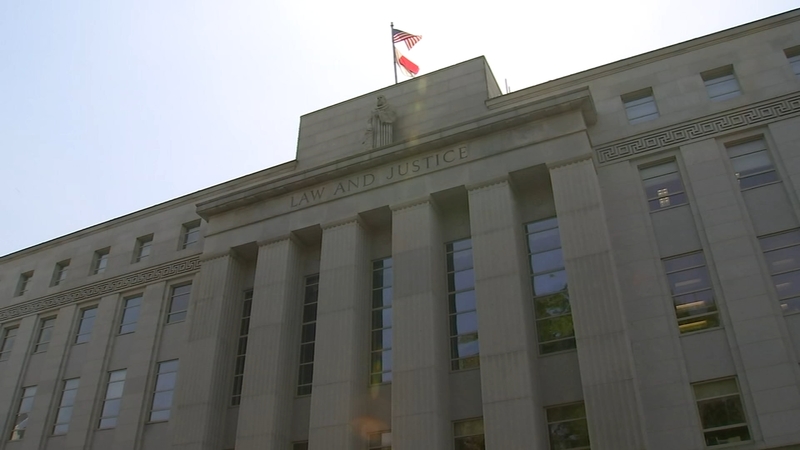 The 8-1 decision does not end the three-year-plus dispute over the voter ID law, which is not in effect and has been challenged in state and federal courts. The Supreme Court's ruling just means that the legislative leaders can intervene in the federal case to defend the law. A lower court had ruled the lawmakers' interests were being adequately represented by the state's attorney general, Democrat Josh Stein.

Justice Neil Gorsuch wrote: "Through the General Assembly, the people of North Carolina have authorized the leaders of their legislature to defend duly enacted state statutes against constitutional challenge. Ordinarily, a federal court must respect that kind of sovereign choice, not assemble presumptions against it."

North Carolina voters amended the state constitution in 2018 to include a voter ID mandate. Lawmakers then passed the law at issue in the case to put in place the change. The law requires voters to show a photo ID to vote - a driver's license, a passport or certain student and local government identifications.

Democratic Gov. Roy Cooper vetoed the measure, but lawmakers overrode it. The state NAACP and several local chapters immediately sued in federal court to halt enforcement, arguing that the law discriminates against Black and Latino voters in violation of the U.S. Constitution and the federal Voting Rights Act.

North Carolina's House speaker, Tim Moore, and Senate leader, Phil Berger - both Republicans - wanted to intervene in the federal case to defend the law alongside lawyers for the state, saying Stein would not adequately fight for the law. A federal judge said no, that lawmakers' interests were being adequately defended by lawyers in Stein's agency. A three-judge federal appeals court panel ruled for the lawmakers before the full federal appeals court reversed the decision, ruling 9-6 that lawmakers should not be allowed to intervene.

Berger praised the Supreme Court ruling, saying that previous opposition by Stein and Cooper to voter ID had resulted in "intentionally sandbagging" the law's defense.
"North Carolinians overwhelmingly support voter ID, and they deserve nothing less than the strongest representation from those who would uphold the will of the voters and our constitution, not a tepid defense by an attorney general who has a record of opposing voter ID," Moore said in a news release.

A spokesperson for the attorney general's office, Nazneen Ahmed, wrote in an email that Stein "has and will continue to vigorously defend state law" and did not formally oppose the legislators' efforts to join in the defense. In a legal brief to the justices, Stein and other state lawyers wrote that respect needed to be given to the executive branch's powers to defend the state in court.

As for the law itself, it was initially blocked by the judge in the case, who said it was "impermissibly motivated, at least in part, by discriminatory intent." But the three-judge appeals panel reversed her decision and sent it back to U.S. District Court, where a trial has yet to start.

In litigation in state court, judges struck down the law as tainted by racial bias. North Carolina's Supreme Court has said it will take up the case, but no date has been set for oral arguments.

Separately, North Carolina's highest court has also already heard arguments in a lawsuit over whether the constitutional amendment mandating voter ID should have been allowed on the November 2018 ballot in the first place. A state judge had ruled that the GOP-controlled legislature lacked authority to put the amendment and one other on the ballot because lawmakers had been elected from racially biased districts two years earlier. That decision was later overturned on appeal before going to the state's highest court, where a ruling is pending.

Senate Leader Phil Berger (R-Rockingham) released this statement on SCOTUS' ruling:
"North Carolinians deserve to have their laws vigorously defended in court. Gov. Cooper and Attorney General Stein's opposition to voter ID has resulted in them intentionally sandbagging the defense of a law the majority of North Carolinians support. Today the U.S. Supreme Court affirmed that. I'm thankful for today's ruling and look forward to fighting to implement our state's voter ID law."

Deborah Maxwell, President of the NC NAACP released this statement on SCOTUS' ruling:
"We are disappointed in the majority opinion, and agree with Justice Sotomayor's dissent. However, the NC NAACP welcomes the opportunity to vigorously continue our challenge to this discriminatory law. Indeed, the NC NAACP is no stranger to the long fight for justice and the right to vote. Today we reaffirm our call to all North Carolinians to stand with us. We know there is no victory without a fight and it is incumbent upon all of us to fight for the full freedom to vote in every election, and for the very life of our democracy."
Report a correction or typo
Related topics:
politicsncraleighvoter informationvotingelectionselectionpolitics
Copyright © 2022 by The Associated Press. All Rights Reserved.
POLITICS
Workers fired for not joining company's daily Christian prayer: EEOC
Witness: Trump grabbed steering wheel, demanded to go to Capitol
2 states battle abortion trigger laws; pharmacies limit Plan B sales
Roe ruling shows complex relationship between court, public
TOP STORIES
Durham's East End Connector opens after construction delays
Local fans, survivors speak on R. Kelly's 30 year prison sentence
Transgender woman says she was denied job at a NC Catholic school
NC hemp industry gets reprieve, as legislation gets final OK
New UNC Health program addresses support trans community
Disagreements mount as NC lawmakers discuss budget
As Monkeypox cases continue to spread NC waits for additional vaccines
Show More
Raleigh fireworks new view will bring different feel: Mayor
4 charged in deaths of 53 migrants in trailer in San Antonio, DOJ says
1 injured in Durham shooting
NC Democrats respond to Roe v Wade decision
Durham tackles mental health crises in new ways with 'HEARTS' program
More TOP STORIES News