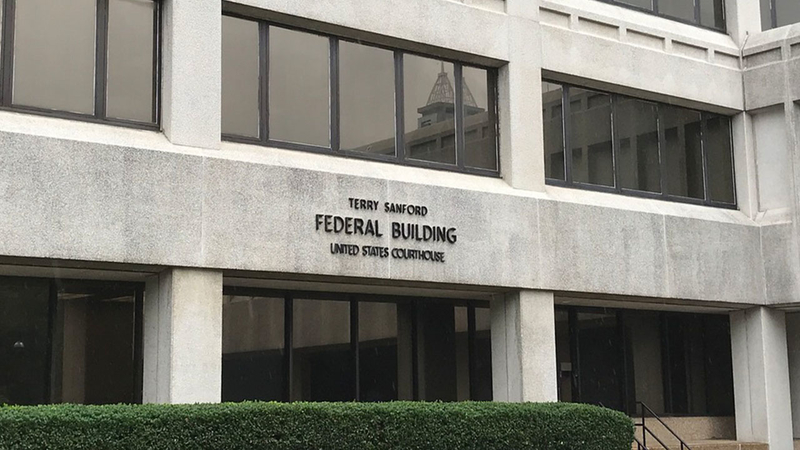 WAKE COUNTY, NC (WTVD) -- A Wake County man pleaded guilty Tuesday afternoon to federal charges of impersonating a three-star general when he ordered a chartered helicopter to land at the campus of the SAS company in Cary.

Christian Desgroux will remain in jail until he is sentenced next month.

His attorney told a judge at the federal courthouse in Raleigh that much of this case is about Desgroux's mental health issues.

According to the FBI, Desgroux chartered a helicopter out of Charlotte to pick him up at his northern Wake County home on November 6 of last year.

They said he ordered the pilot to land at SAS and got out of the helicopter wearing the uniform of a three-star Army general.

Desgroux's attorney Andrew McCoppin said in court, "Aside from his dress this is much more akin to trespassing."

The prosecutor and an FBI agent told the judge that Desgroux told SAS security officers that he was there to pick up a SAS employee and take her to a classified briefing at Fort Bragg.

The FBI later interviewed the SAS employee who told them she thought Desgroux might have been romantically interested in her and trying to impress her.

She said they flew around for 30 minutes or so before she was dropped off.

The judge was told that Desgroux is a native of Chile who became a naturalized U.S. citizen two years ago and that Desgroux has had ongoing mental issues and has been committed in the past.

The judge asked about information Desgroux gave to federal authorities that showed he had a net worth of $8,333,000 and owned a $7 million 40-foot yacht.

McCoppin said Desgroux lied and that the form is more evidence of his client's mental issues.

Still, Desgroux told the judge he understood what he was doing by pleading guilty.

McCoppin said he calculated - and the US Attorney's office agreed - that the maximum active sentence for Desgroux under federal guidelines would likely be six months in prison.

McCoppin noted that his client has already been in jail for five months on the federal charges.

He added that he expected several charges against Desgroux pending in state court to be dismissed once the federal case is resolved.