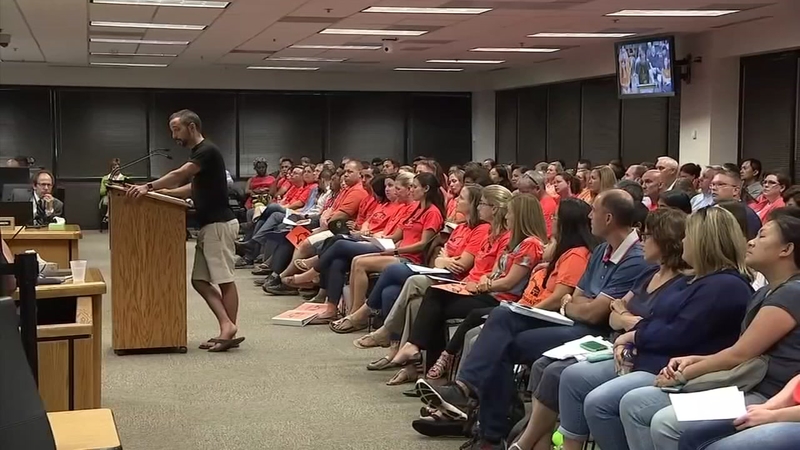 WAKE COUNTY, N.C. (WTVD) -- On Tuesday, Wake County School board members got their first look at the third draft of the highly contested reassignment plan.

"We're going to continue to take things into consideration," said Monika Johnson-Hostler, chair of Wake County School Board. "The good thing about this is that all of us have met with these communities individually over the past two months and so it's been a lot of personal contacts. I think the families that are impacted know that because we've all been open to meeting with them."

Parents from Cameron Pond have shown up in droves making their case to the school board for their kids to not be moved out of the Mills Parks schools for weeks.

Just now the @WCPSS board gets their first look at draft 3 of reassignment plan. This is just a work session. Public hearing on this will be a week from tomorrow. #ABC11 #reassignment pic.twitter.com/N4IMAYQ3uw

The school board said it has to deal with overcrowding and trying to fill seats in four new schools. They also said they have to get in line with the mandated class size reductions for K-3.

The grandfathering rules for middle school students are also proposed to change. Under the third draft, 7th and 8th graders assigned to an existing school (i.e., not new Alston Ridge Middle School) would be eligible to grandfather.

There is a public hearing on the reassignment plan on November 7.