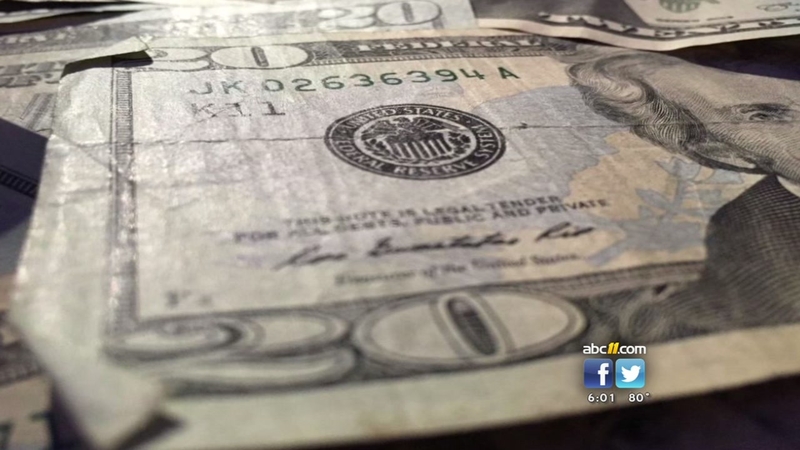 The Wake County Register of Deeds office is a multi-million dollar operation that deals largely in cash, bringing in revenue from things like marriage licenses, birth, and death certificates.

Freeman said she first learned of the discrepancies on Feb. 1, 2017 in a meeting with Hartmann and the county attorney.

"What became apparent from the beginning was there had not been adequate controls in place within that office or even with the process of trying, to that date, to determine what was going on with the money."

Public records are pointing to Riddick, who, elected six times since 1996, served as Register of Deeds for two decades. According to the records from an internal audit and memo from IT Manager Jim Pollina, at the end of every day, Riddick was the first to count cash collected, put it in an envelope, and record the number.

It was one of the cash management practices former Deputy Director Darryl Black, an industrial engineer with a background in performance auditing and administrative analysis, tried correcting after coming on board in March 2016.

"Had my suggestions been implemented several months of missing cash would not have occurred," Black said to Wake County commissioners during a public hearing on the budget in early June.

Black said he was surprised to see a lack of basic accounting checks and balances and when he blew the whistle, was forced to resign.

"Five months have gone by and that individual has not been charged," he told commissioners.

Employees later running a financial analysis report found every month, deposits compared to expected revenue were short $20,000 to more than $30,000.

Concerned staff then opted to secretly change procedure and count the cash before handing it off to Riddick. Every day over the course of about a week, except the one day Riddick was not at work, they found deposits would be over by a few dollars, then short hundreds after passing through Riddick's hands and the courier, Troy Ellis, who took her the cash envelope.

Ellis has since been dismissed. His letter of dismissal cites his confession of pocketing $50,000.

ABC11 tried contacting Riddick at her home in Raleigh and by phone, but have not heard back.

"What I would say is that the Register of Deeds is one of a handful of people that certainly had a responsibility and when I say that, I mean a direct responsibility in the collection and counting and depositing of that money," Freeman said.