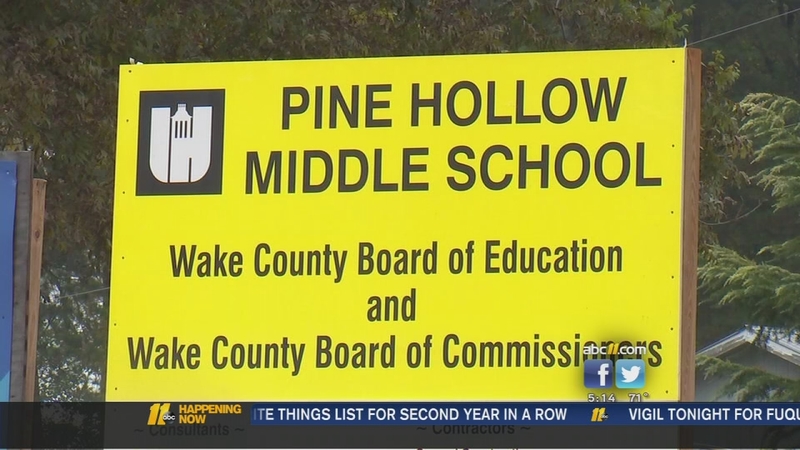 WAKE COUNTY (WTVD) -- More Wake County parents are voicing their frustrations over the school district's reassignment plan for next year.

Wake County is building five new schools and rezoning families so there will be students to fill them. Many parents, though, say they don't want their kids attending a new school when it opens in the fall of 2016.

Many parents with a Pleasant Union Elementary School base told ABC11 they have neighbors who don't even know they have been reassigned to one of the new schools, Pine Hollow Middle School in Raleigh.

Wake County Schools just held a public hearing this week on the third draft of its student enrollment proposal. The process of redrawing lines and receiving parent feedback began over the summer.

Families from the Leesville and Brier Creek communities who were upset about their reassignment in "Draft One" have been very vocal though the district's online forum. They've also been turning up at school board meetings in droves, and for many of them, it's paid off.

Now, parents based at Pleasant Union Elementary believe because several neighborhoods won their fight to stay at their Leesville schools, it meant reassigning Pleasant Union families.

District leaders said one had nothing to do with the other. It made sense to pair a year-round elementary school with the new year-round middle school, but parents said they were blindsided. They argued the change would add several miles onto their commute and turn their lives upside-down. They also disagreed with breaking up classmates who now won't feed into the same high school.

"But all of us who live way out in all of this area, we never expected them to come after us" said WCPSS parent Stacey Shine. "They basically said Pleasant Union's year-round so it should automatically feed into the year-round school. Which makes no sense."

Wake County School Board Chair Christine Kushner said she and the rest of the Board are paying attention to the parent feedback they got from the public hearing, as well as online, and they could still make changes to the reassignment plan at their next meeting later this month.