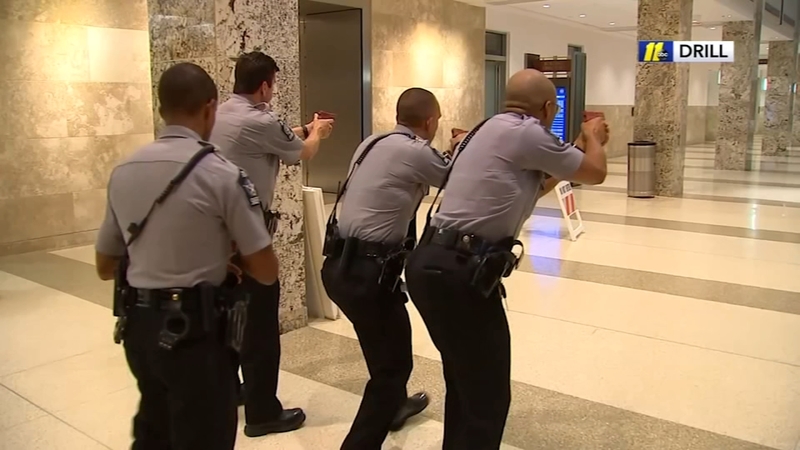 Morrisville and Fuquay-Varina are two communities were folks can sign up.

"We have to prepare not only ourselves, but also our communities for these incidents," said Morrisville Police Capt. Eric Preddy.

Some local police departments are pushing out an informational video, which was funded in part by the Department of Homeland Security.

The clip urges folks to run, hide and fight if they unfortunately ever find themselves in an active shooter situation.

"Bottom line is do you have a personal plan should you find yourself in the middle of one of these incidents so that you're not driving with no plan at all and then being forced to have to make some bad decisions," said Preddy.

Two separate communities were placed in crisis this past weekend.

More than 20 people died at a Texas Walmart and in Ohio, nine people were killed in a mere 30 seconds.

Authorities said you should try to do everything in your power to get away and if you can't do that hide - preferably behind a locked door.

Fighting back should be the last option.

Law enforcement is also constantly preparing for the possibility of a major incident.

Wake County Sheriff Gerald Baker said dozens of SROs are going in for more training and they're learning how to hunt down a shooter before back-up arrives.

"It's pretty intense to have to do on your own," said Wake County Sheriff Gerald Baker. "We're working to do all that we can to make sure that we are prepared here in Wake County."