Despite green light for Wake transit plan, not all are on board 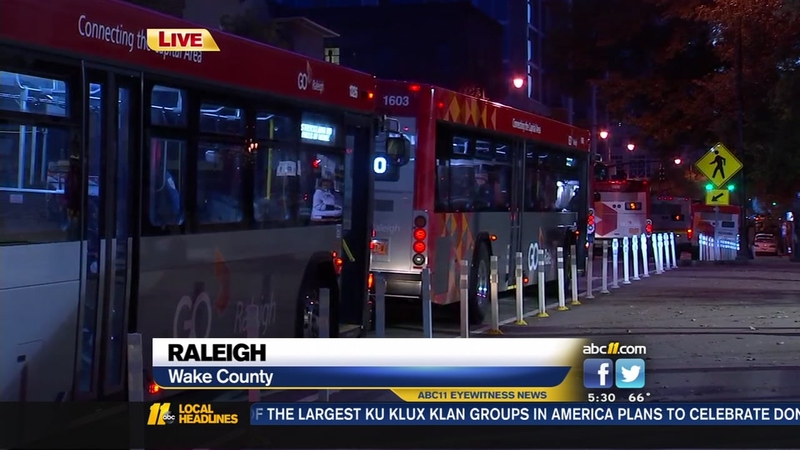 A closer look at the Wake transit plan

RALEIGH (WTVD) -- The sales tax is increasing in a few months to bring Wake County's $2.3 billion transit plan to fruition.

The ballot referendum barely passed Tuesday, with 53 percent of voters in favor.

Wake officials say they believe the plan will be transformational for the region.

"If we want to continue to attract the best jobs and the best employees to work at those jobs, we're going to have to have a region that has transportation options," said Wake County Board of Commissioners Vice Chair Sig Hutchinson.

The sales tax is increasing in Wake, in part, to quadruple bus service countywide. When you'll start paying more at 5:30. #abc11 pic.twitter.com/dw6LzQ6BSb

There are three area of mass transit improvement.

First, bus service is increasing. It's going from 17 to 83 miles across Wake County. There will be service every 15 minutes.

Work on this starts in two to three years.

Secondly, bus rapid transit will be introduced in four to six years. Specially designed buses with raised platforms are being manufactured, and there will be dedicated bus lanes on local roads so bus operators can bypass traffic and keep their routes on schedule.

And finally, a brand new commuter rail will be unveiled. Tracks will run from Garner to downtown Raleigh and continue to Durham. There will be stops at N.C. State University, Cary, Morrisville, and RTP.

Construction gets underway in six to eight years.

The plan is a waste of money, says the Wake County Taxpayers Association.

The Association campaigned and tried to get the referendum rejected.

"This is good for us," Hutchinson countered. "Even though sometimes people can't quite see it yet, over time they will see that this will allow us to double in size while improving our quality of life."

The new sales tax goes into effect in April.

There are some exemptions. Folks buying medication or groceries won't pay extra.