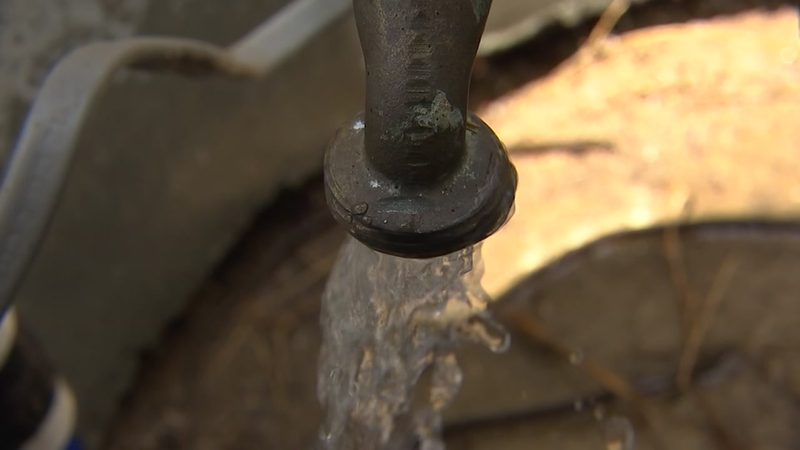 Dangerous water could be going into thousands of Wake County homes

WAKE COUNTY, N.C. (WTVD) -- Thousands of people in Wake County could be drinking and bathing in contaminated well water.

Wake County Water Quality Division said unsafe levels of uranium, radon and radium could be in the private well water going into thousands of homes. The warning is not new, but the level of urgency is rising because officials said too many people are unaware of the risk or have chosen to do nothing about it.

The potentially contaminated water only affects homeowners with well water. Unlike residents with city or county water, private well owners are responsible for the regular maintenance and testing of their own water supply.

The contamination notification affects homes in eastern Wake County and a small area to the southwest of Fuquay-Varina.

Click here for an interactive version of the below map, where you can enter your own address to see if you are in the danger zone. 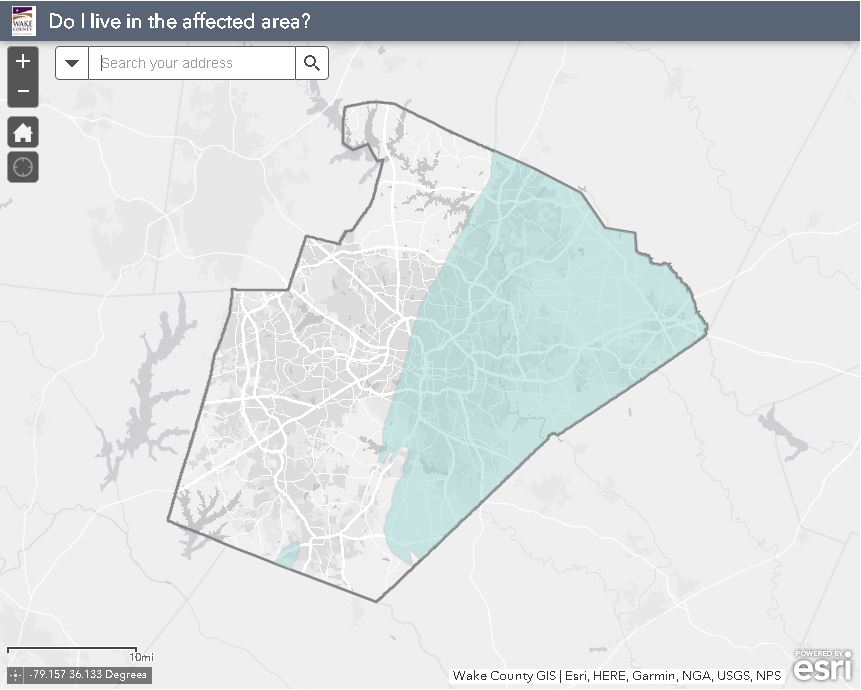 All drinking water may contain small amounts of naturally-occurring contaminants, but high levels of those contaminants may cause health problems.

RIGHT NOW: @WakeGOV warns 1 of 5 wells in Eastern Wake County may be contaminated with higher levels of uranium, radon and radium. Contamination is “treatable,” but costs will be incurred by affected homeowners. @ABC11_WTVD pic.twitter.com/TqbuyqzxM4

In the affected areas of Wake County, 1 in 5 wells may be contaminated with the naturally occurring substances, officials said. That's about 6,000 in the eastern half of the county.

"The uranium is naturally occurring in the granite and breaks down into other elements. All of those elements can leach as water seeps into the granite and winds up in a well water supply," Kane said.

Infants, young children, pregnant women, seniors and people with compromised immune systems are most at risk of becoming sick from the contaminated water.

Approximately 19,000 notices to private well owners and users are being sent with information residents need to decide what actions to take to make sure their water is safe.

Officials cannot provide testing for all of the affected users but have compiled a list of state certified commercial labs that offer testing for these contaminants.

For households with incomes up to 2.5 times the federal poverty level, Wake County will provide testing for as little as $73, officials said.

There is a dedicated bilingual 24-hour hotline where residents can get more information. Just call 919-893-WELL.

The following community meetings have been organized to inform residents in Rolesville, Fuquay-Varina and Zebulon.