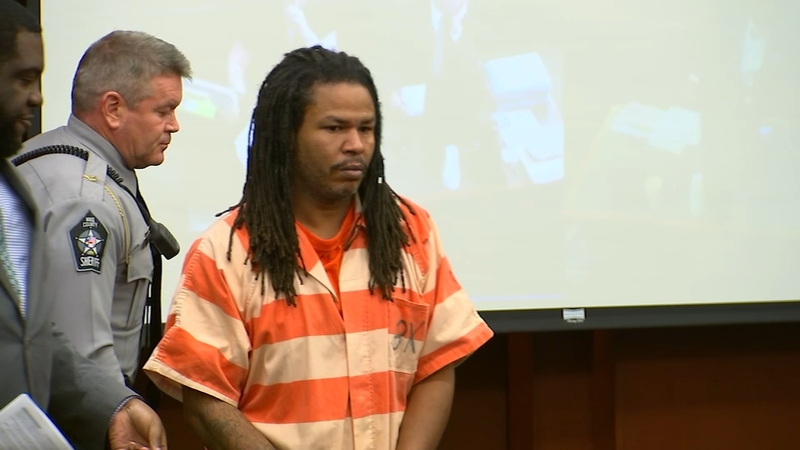 Rodney Lucas, 45, of Wendell, was found shot to death outside of a home in the 800 block of W. Barbee Street near Zebulon, according to the Wake County Sheriff's Office. The incident happened around 3 a.m. at what neighbors say was a party.

Mark Ray, 45, was arrested in connection with the shooting on Monday morning.

Mark Ray goes before a judge. He is a Convicted felon and has been charged with murdering a Wendell man during at a birthday party. #ABC11 pic.twitter.com/aBvaiBfPAY

Ray made a court appearance on Monday afternoon. he did not say anything in court other than confirming his name while being formally arraigned on a murder charge.

Ray is a convicted felon who has "previous convictions for firearms," Wake County Assistant District Attorney Mark Stevens said during the first appearance.

The sheriff's office says the property is a commercial business site with several trailers and buildings. One of the buildings was rented to host a private party. Shortly after the party, there was an altercation that led to the shooting.

Police were called to the scene after reports of gunshots in the area.

People who live nearby were surprised the business park became a crime scene.

"I feel sorry for anyone found lying in a ditch or laying on the ground somewhere as if they're a dog or something," said resident Larry Mayo. "That's not fair. That's not right. I hate that for anyone"

Wake County Sheriffs deputies on the scene of a shooting. Neighbors reported hearing gunfire overnight. Deputies arrived to discover a man dead. This afternoon, a neighbor tells me there was a party here last night. Authorities have not released the man’s identity. #ABC11 pic.twitter.com/4rST6mTr3j