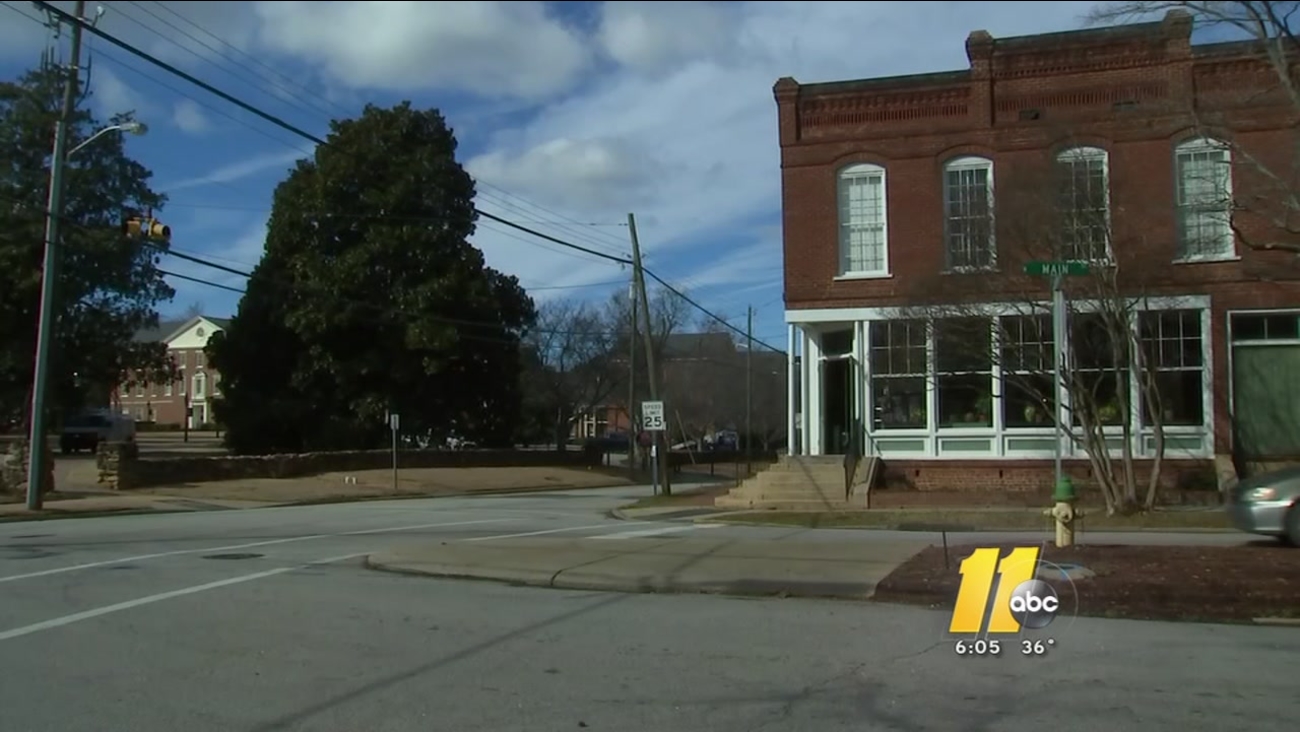 WAKE FOREST, NC (WTVD) -- A search is underway for the culprits in an attack on a 75-year-old man near a seminary school in Wake Forest.

The victim is pretty banged up - but is recovering.

The attack happened around 8:30 Thursday night in the downtown historic district.

The elderly man was walking alone when he was beaten.

Do you know these men? @WakeForestPD say they are “persons of interest” in the attack and attempted robbery of a 75-year-old man last night. The man will survive. Listen to his terrifying plea for help coming up on #ABC11 pic.twitter.com/zPHd3Dxksv

Victim: Is this the police?

Operator: Ok where are you at?

Victim: I'm right in front of the seminary on north main

The 75-year-old man told Wake Forest Police that a man approached him from behind, punched him, demanded cash, then took off empty handed.

On Friday, ABC11 spoke to neighbors and students who are shocked.

"I don't understand why people these days feel the need to have to rob," said Olivia Gibbons, a senior Wake Forest High School student. "You know if you want it. Go out and get it yourself."

"It's really heartbreaking that this happened - especially someone who is older like that and defenseless," said McLeod Best, a student at the seminary school.

"My class lets out at nine tonight so I'm going to be more watchful when I'm coming out to the car," Roy Garza said.

On Friday, Wake Forest Police released images of a dark-colored vehicle and of two men they wanted the public to see.

About 7:45 p.m., 45 minutes before the elderly man was attacked, investigators say two men drove off without paying for gas at a nearby convenience store.

Police initially called these two men "persons of interest" in the attack but later Friday night they said that the driver of the vehicle involved in the gas drive-off at Wake Forest Deli and Grocery has come forward and been positively identified.

The investigation into the assault and attempted robbery continues, police said, and "any connection to the gas drive-off is yet to be determined."

And they urge neighbors and students to be careful.

Police also encourage people to walk in groups and well-lighted areas. And turn down the volume when listening to music while walking.