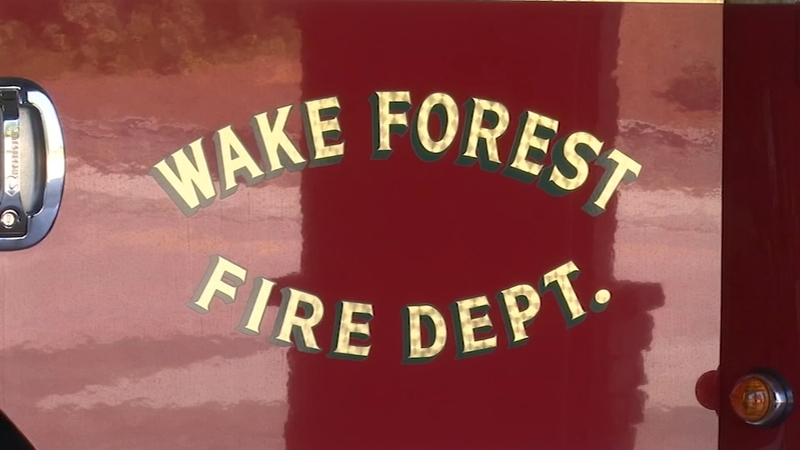 WAKE FOREST, N.C. (WTVD) -- Since 1921, the Wake Forest Fire Department has served as a non-profit, working alongside, though not part of the town. Beginning in July 2020, that could change, as the two sides are discussing specifics of a merger.

Currently, the town provides the bulk of funding for the department, which is overseen by a separate Board of Directors. However, the department has faced high turnover since it does not provide the same retirement benefits firefighters at most government-run departments receive.

"Other departments come along and say now you got them trained, we can pay them a little bit more and put them on the pension, and then we lose them," said Bill Wandrack, the President of Wake Forest Fire Department, Inc.

The fire department was initially set up as a separate non-profit because the town could not afford their own department.

The arrangement has remained in place for 98 years, although the town's rapid growth has presented new challenges.

"It isn't sustainable, the way it's going now because they need more security of space, and so our biggest concern was making sure our citizens were safe," said Mayor Vivian Jones.

The town hired a consultant group to provide data on a potential merger. Their findings showed their turnover rate was 8 percent, nearly triple the statewide average of 3 percent. The turnover has proven costly, as they showed it cost $50,000 to train and replace a firefighter.

Wandrack is hopeful the additional funding, combined with the expected cost savings from limiting turnover, will save the town money long-term.

"It will give us more firefighters, which should help response times. If this engine is out on a call, and we get another call downtown, then a truck has to come from somewhere else. Well if we can have two trucks here, then it's going to improve response times," said Wandrack.

Wandrack also mentioned the town's involvement would give them more control over the department's finances, improve vehicle maintenance, and provide firefighters with their own human resources department.

"It's going to provide economies of a scale with the town in purchasing," Wandrack said.

Currently, town officials are studying how they will provide the necessary funding, with a three-cent property tax increase possible to do so. However, no specifics have been finalized at this time.

"If we didn't merge, we would just have to continue to raise our rates to raise them as they continue to grow, and there would be no consolidation of services. So I think it will make a big difference," Jones said, who added she believed it better positioned the town to get ahead of their growth.