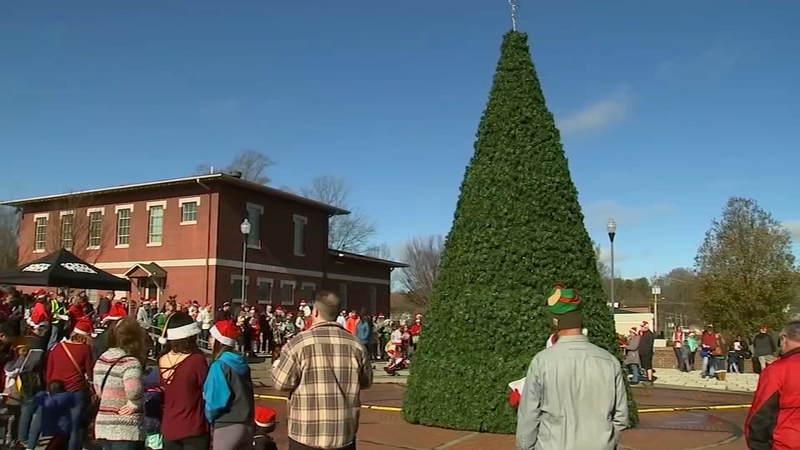 WAKE FOREST, N.C. (WTVD) -- In December, the Town of Wake Forest held a community event around the Christmas Tree in front of the Wake Forest Town Hall. Hundreds attended the event, which was organized in direct response to the cancellation of the town's Christmas parade.

Get more community news with the ABC11 News App

It went so well that Town officials aren't waiting for the holiday season -- they announced Wednesday that the new holiday event will replace the annual Christmas Parade on a permanent basis.

The community festival "promote unity, reflects the spirit of the holiday season and embodies the character of the Wake Forest community," the Town wrote in a release.

The change came about after an array of parade-related challenges, including potential safety threats and the effects of road closures on a growing number of downtown residents,

"Due to the ongoing Confederate heritage debate and the potential for groups on both sides to use the Christmas Parade as a platform to promote their political agenda, officials concluded it was impossible to proceed without generating controversy, focusing negative attention on our community and alienating many of our residents." Town spokesman Bill Crabtree said in a statement to ABC11. "The Wake Forest Cares Christmas Festival is an opportunity for Wake Forest to reject discord and division and unite in the true spirit of the holiday season."

"The Wake Forest Cares Christmas Festival is an opportunity for our community to turn the page and embrace the true spirit of the holiday season," Wake Forest Mayor Vivian Jones and the Board of Commissioners said in a joint statement. "We are excited about starting a new tradition that promotes unity and celebrates the wonderful character and generosity of our citizens."