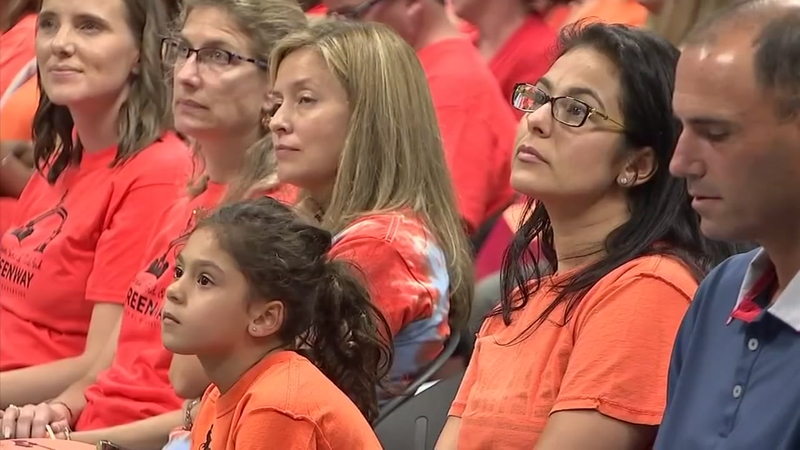 CARY, N.C. (WTVD) -- Parents got their last chance to weigh in Wednesday night on a highly contested reassignment plan by Wake County Schools.

Nearly 30 parents signed up to speak.

"Because our numbers are so low, cutting us out is not going to let us meet your two goals of removing the cap and meeting the K-3 mandate, so why move us?" said parent Chase Brady It really is lose-lose for everyone here."

Parents have visuals to show to @WCPSS board. Board is considering draft of reassignment plan and will vote in two weeks. #ABC11 pic.twitter.com/oN9frK2wQR

Leslie Douglas has two children at Adams Elementary. Both are enrolled in year-round schools, and she wants to keep it that way.

To do that, her option would be Lufkin Middle, since East Cary is converting to a traditional school year program. She said Lufkin would be four times the distance.

"Honestly my way of life doesn't work for traditional. I'm a big proponent of year-round education," Douglas said. "With the year-round calendar, we've been able to take vacations with our kids to the mountains in the winter and yes to the beach in the summer like everybody else.

"I'm looking at two hours of my work day gone," Douglas said. "I'm looking at my kids being on the bus for two hours or in the car for at least an hour a day, sacrificing time they could be spending in extra-curricular activities."

The reassignment plan would shift many students around to fill those new schools from traditional to year-round schools.

"I know that creating a new school and populating it inherently creates some instability but our objection is that you are creating more instability than is necessary, and it's going to impact our children negatively," said Tatia Markland.

Two attempts to defer the reassignment of students in the Cameron Pond community from Mills Park schools failed.

one @WCPSS member suggests postponing reassignment of Cameron Pond community that we've documented over the past few months. right now they're scheduled to move from the mills park schools to Carpenter Elem and Alston Ridge MS #abc11