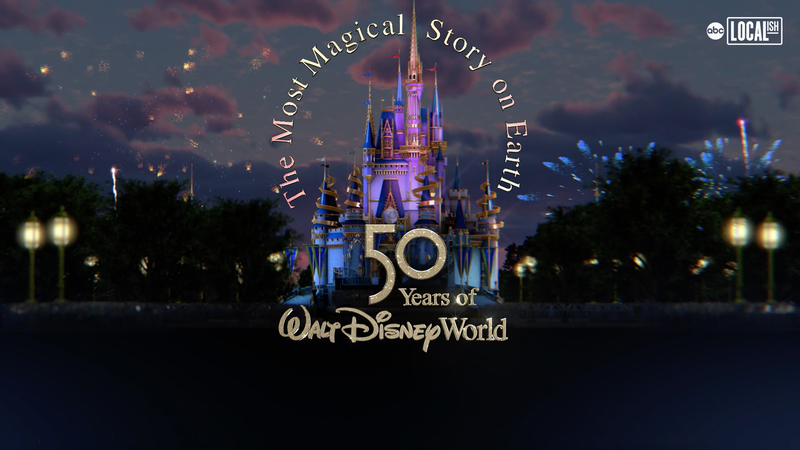 ORLANDO, Fl. -- For 50 years, Walt Disney World has been a place where people from all over the globe come to make joyous memories and experience the unmatched enchantment of Walt Disney's legacy.

And while 50 years have passed since Walt Disney laid the groundwork for the most magical place on earth, the magic is stronger than ever during Walt Disney World's 50th anniversary celebration. Localish explores the new nighttime spectaculars, enchanting specialty dining experiences, and brand-new attractions for the whole family.

On this episode of My Go-To, ABC Localish host Michael Koenigs gives you a behind-the-scenes look at some of the incredible people who work to make the magic possible every single day, as well as some super fans who can practically call Walt Disney World home. Lastly, you'll meet some incredible individuals nominated as "Disney Magic Makers" who we surprised with a trip to Walt Disney World for all the good work they have done in their communities!