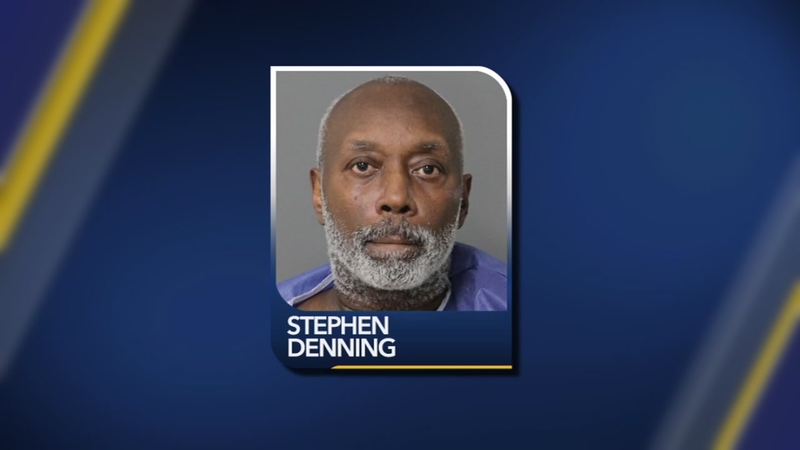 Stephen Allen Denning, a regular customer at the Walgreens on US 70 in Garner, went to the pharmacy to complain that "his medication tasted funny," according to a warrant.

He demanded to be provided with additional medication. When employees told Stephen Denning they could not provide him with anything else, he pulled a black pistol from his pocket and fired a shot, striking 31-year-old Sarah Wright, the pharmacy manager, "in the torso."

He then fired two additional shots, hitting Brandon Gordon, 33. One of the shots struck Gordon in the head, Garner Police noted in the warrant.

The incident was captured on store video. Surveillance video also showed Denning leaving in his 2007 Hyundai Tiburon and heading westbound on 70.

Wright called 911 and told a dispatcher an angry customer shot her.

Garner police officers were quickly able to identify Denning, 60, because his name was still on the computer screen in the pharmacy. Other Walgreens employees confirmed that the gunman was the same customer whose name was on the screen.

At 10:11 a.m., Denning's car was spotted at Golden Corral at 3551 Grenelle Road. Denning was at the front door of the restaurant, which had not yet opened for business, when deputies pulled up. His car was parked with the engine running.

Denning was armed, and according to warrants, when law enforcement officers tried to make contact with him, shots were fired and "the individual was struck."

Denning was taken into custody and sent to WakeMed for treatment. His injuries were not life-threatening.

They also seized several electronic devices, including a PC, a DVR, and two cell phones.

Denning has been charged with two counts of assault with a deadly weapon with intent to kill inflicting serious bodily injury, two counts of attempted murder and possession of a weapon of mass destruction.

Wright has since been released from the hospital.