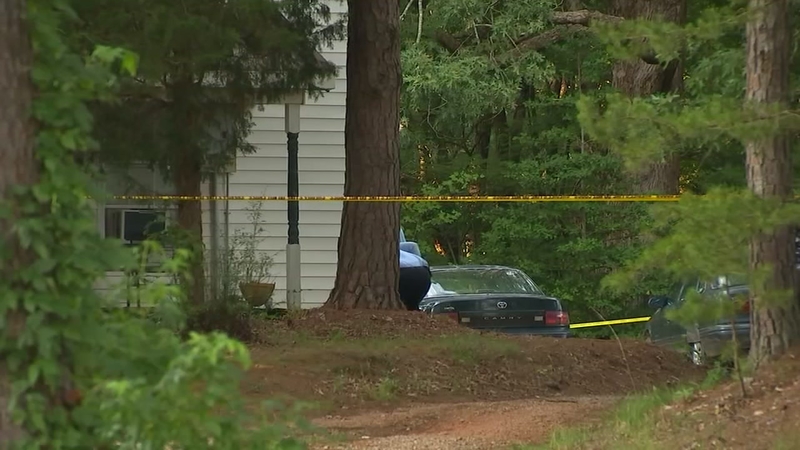 MANSON, N.C. (WTVD) -- Two people are dead and two children are injured after a domestic dispute call in Warren County, according to the Warren County sheriff.

The call came in at 2:15 p.m. Monday afternoon as a domestic dispute but later turned into a shooting call off Ellington Road in Manson.

Two adults, a man and a woman, were lying on the ground and were pronounced dead at the scene.

#BREAKING: 4 shot in Warren County include an adult man and woman along with 2 children, less than 10 and 16 years old, according to sheriff.
Both adults were killed. The children were rushed to hospital. pic.twitter.com/ys5pmUpl9i

Two children, ages 16 and 10 were rushed to hospitals with serious injuries.

Sheriff Johnny Williams says his investigators are working with the State Bureau of Investigation to determine a motive.

Williams could not say for yet how the four victims are connected but they are treating this case as a homicide right now.

Nearby neighbors tell ABC11 they were unaware people were living inside the house where the shooting occurred. Most believed it was unoccupied. News of what happened came as a shock.

"It's heartbreaking," said Chakita Person who lives not far from the crime scene. "Because I have kids that I have to raise too. But, it's heartbreaking for these innocent kids."

MORE: NC Hwy. Patrol responded to quadruple shooting scene along with Warren Co. deputies. SBI now assisting in investigation.
Neighbors in this rural community were shocked to hear the news. Many thought the house at 132 Ellington Rd. was unoccupied. #abc11 pic.twitter.com/NQtwZhwatc