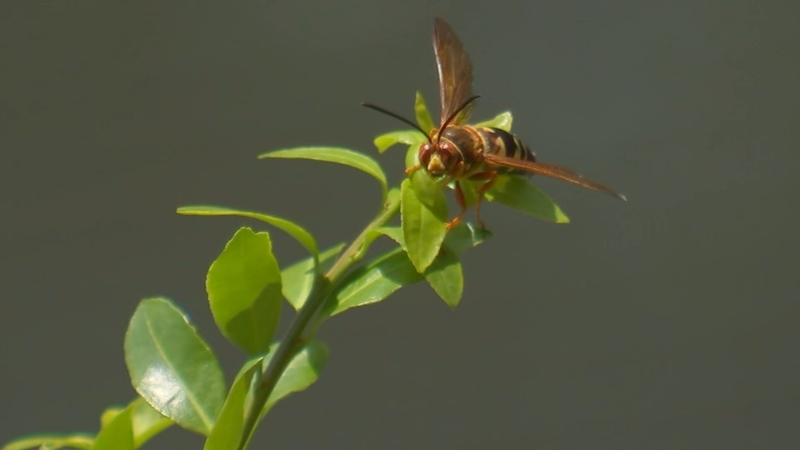 DURHAM, N.C. (WTVD) -- Flying around. Stalking its prey. Cicada killer wasps are the things nightmares are made of.

"It's sort of a mosquito-like looking thing," said Frank Holder, of Durham.

The good news: Experts say we really don't have anything to worry about.

It's called the cicada killer wasp because that's the only thing it's interested in killing. Right now it's in the peak of its hunting season.

Their stingers are something to be reckoned with but for the most part they don't ever bother humans.

"They're only going to be defensive when they're defending their nest space," Sorenson said.

So be warned, if you make the cicada killer wasp feel threatened, it may turn that stinger on you.

"Compared to other stinging wasps this is a pretty painful sting. But again you're not likely to get stung unless you basically ask for it," Sorenson said.