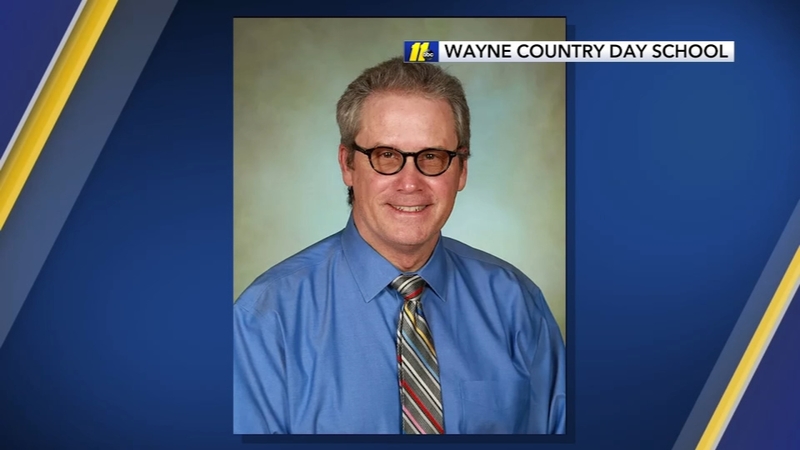 GOLDSBORO, N.C. (WTVD) -- The headmaster for a private school in Goldsboro has resigned amidst allegations of sexual misconduct.

A letter from a former student sent to administrators in October prompted an investigation and subsequent resignation of the headmaster this week, according to a school spokesperson.

Todd Anderson, who served as headmaster since 2005, was placed on paid leave while the school hired Raleigh law firm Brooks Pierce to investigate.

Amita Shreenath, chair of the Wayne Country Day School Board of Trustees, said Anderson's resignation Tuesday followed an investigation that raised "serious concerns" about his conduct. The concerns included inappropriate sexual conduct with students, an inappropriate sexual relationship with a faculty member, and financial improprieties.

The school, which teaches children in Kindergarten through 12th grade, reported the allegations to the Wayne County Sheriff's Office and the case has been assigned to a detective.

In an email sent to parents Tuesday, Shreenath went into detail on the investigation's findings. There were credible allegations that Anderson made sexual advances toward students, gave special treatment to certain high school students and engaged in "inappropriate physical contact" with those students.

The email also notified parents of allegations Anderson hired a former high school student and was engaged in a sexual relationship with that person.

The Board has also learned, the email stated, that Anderson took "substantial sums of money" from the school for his personal benefit without proper authorization and mismanaged the school's international account.

Anderson is accused of serving alcohol to students in his home, as well as using vulgar language toward faculty and students.

Shreenath said the school is "deeply troubled" by the allegations and is "committed to providing a safe learning environment for all students."

Fran Shaw and David Flowers will serve as interim headmasters while the board conducts a search for a new headmaster, Shreenath said.

The school's website was updated Thursday with a photo of the interim headmasters. Anderson's contact information had also been removed.