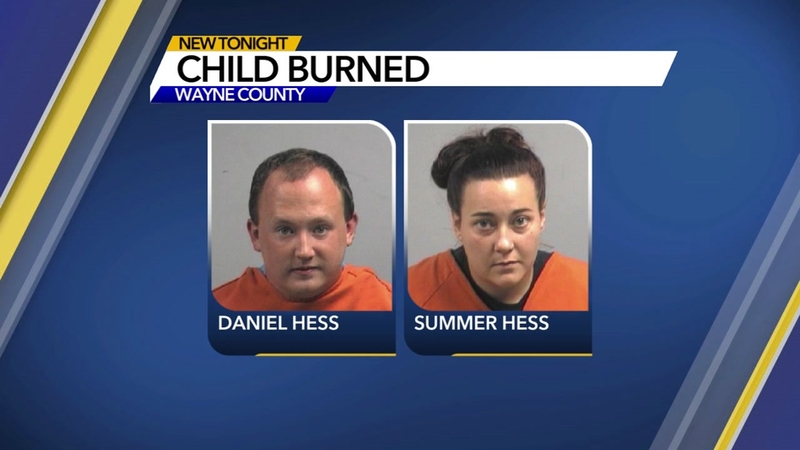 PRINCETON, N.C. (WTVD) -- A man and woman in Wayne County have been charged with felony child abuse after a 3-year-old boy was found with burns to his lower back and buttocks, the Wayne County Sheriff's Office announced Thursday.

After the child was burned and was returned to the custody of his mother, the injury was discovered and the child was carried to Wayne UNC Healthcare for treatment.

The child's mother knew nothing about the injury prior to him returning to her care and custody.