'We just saw a Porsche flip over': 911 call released in crash that killed UNC REX doctor 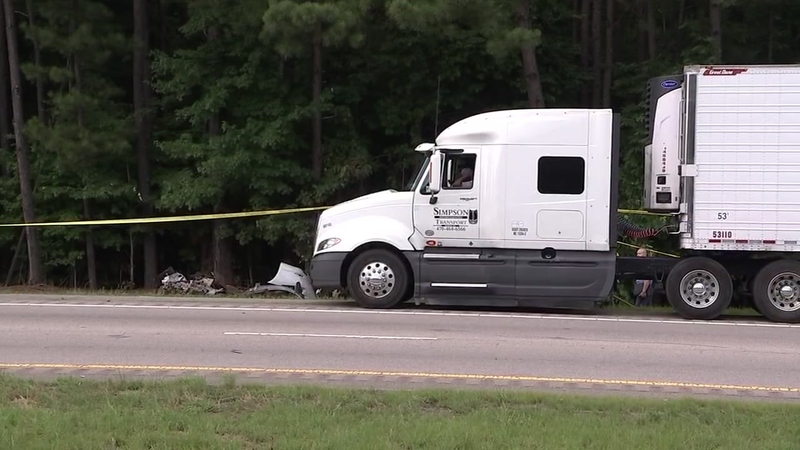 RALEIGH (WTVD) -- ABC11 has obtained a 911 call made moments after a Raleigh surgeon crashed into a tree off Wade Avenue last week.

Matthew Strouch, a colorectal surgeon with UNC REX Healthcare, died from his injuries.

The crash happened Thursday afternoon. Strouch was in a Porsche on West Wade Avenue, trying to exit onto I-40 East.

Police said he was unable to maintain control of his vehicle due to excessive speed and left the roadway. The vehicle then became airborne and struck a tree.

"We just saw a Porsche flip over and the man is dead," the caller told dispatchers.

According to the police report, the car was going 148 mph when it crashed.

Strouch was transported to WakeMed where he later died.

His wife, Zaneta, said it was unlike her husband to be traveling that fast.

"He never would drive that fast on purpose," she said. "Something went wrong. He never drives that way. Never! Even with a car like that, he's always in control and he knows the roads and he's been having some health issues and he hasn't been himself all the time. And I don't know if he had something happen to him that made him drive like that. But that's just not him. He's not reckless at all. He's an amazing surgeon and he takes really good care of everyone. He would never do anything to hurt himself or anybody else in that way at all."

Matthew and Zaneta were married for 13 years. They had two children together -- a seven-year-old daughter and an eight-year-old son.

"He was the most amazing person. He loved his job. He was an amazing doctor. He cared about everyone. He had a lot of energy. He loved his kids and me and he just, he was amazing in every way," she said.
Report a correction or typo
Related topics:
raleighcar crashraleigh newstraffic accidentcrash
Copyright © 2021 WTVD-TV. All Rights Reserved.
TOP STORIES
At least 1 person hit during drive-by shooting at Carrboro Wendy's
Former FDA chief: Americans can trust vaccine authorization process
Legally in the US since age 6, Wake Co. woman may soon have to leave
After four miscarriages, Raleigh woman gives birth to miracle son
Helping Hand Mission drum major killed in shooting in Raleigh
Durham works to help those facing eviction as moratorium ends
Show More
DPAC reopens for first show since March 2020 with masks required
LATEST: Vaccinated Lindsey Graham says he has COVID-19
Durham Paralympian tests positive for banned substance
Deadly breakthrough COVID cases rare for fully vaccinated: CDC data
NC companies grapple with COVID vaccine mandates amid surging cases
More TOP STORIES News