At least 19 tornadoes touch down from Texas to Oklahoma, causing widespread damage 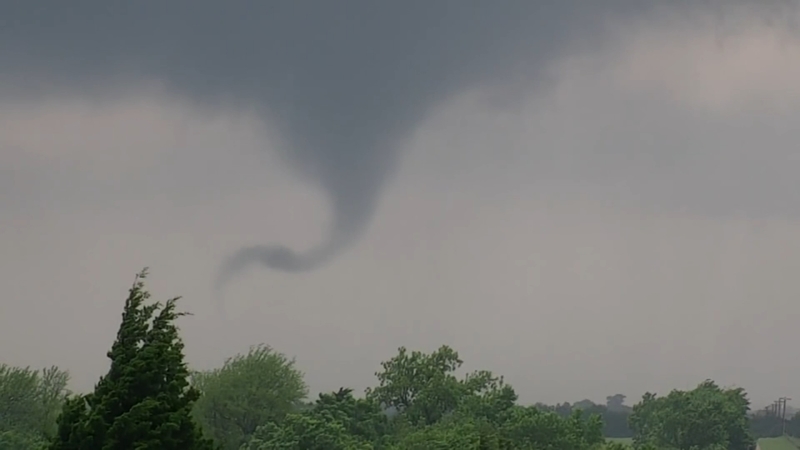 At least 19 tornadoes touched down from Texas to Oklahoma

OKLAHOMA CITY, Oklahoma -- An intense storm system moved across the Southern Plains on Monday, spawning tornadoes that caused scattered damage and a deluge of rain but not the "particularly dangerous" twisters that forecasters had feared.

Late Monday, the National Weather Service reduced the severe threat of violent storms to a small area of southern Oklahoma and northern Texas. But it kept an area stretching from Tulsa, Oklahoma, to Wichita Falls, Texas, under tornado watch.

The biggest threat overnight appeared to be flash flooding from torrential rains that accompanied the storms, forecasters said.

The National Weather Service had warned that Monday evening could bring perilous weather to a large swath of western Texas, most of Oklahoma and southern Kansas. The storm was expected to move later Monday into western Arkansas.

As predicted, more than a dozen sightings of tornadoes were reported in Oklahoma, Kansas, Texas and Missouri early Monday evening, although they were in sparsely populated areas.

Oklahoma residents were particularly nervous Monday because it was the sixth anniversary of a massive tornado in Moore, south of Oklahoma City, that killed 24 people.
"It came so fast that we really didn't hear so much," Brenda Rogers said.

A tornado struck western and northern portions of the southwestern Oklahoma town of Mangum on Monday afternoon.

Meanwhile, shelters have opened in several counties for those having to leave their homes.

"You can always replace stuff like that, but a life you can't replace," one man said.