Drones will sail into hurricanes this summer to provide important data 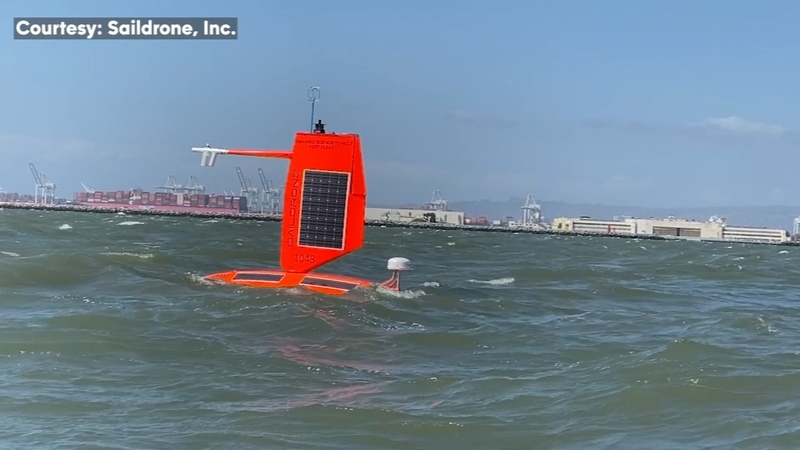 Drones will sail into hurricanes this summer to provide important data

Efforts to accurately predict hurricanes could take a leap forward this season thanks to a novel idea -- sailing drones into the tropical storms.

When most of us hear the word "drone" we think of a remote-controlled flying vehicle.

But there are sailing drones too.

Five of the nautical robots known as Saildrones will be used this summer to continuously gather data throughout the life of a storm.

As soon as a tropical depression forms, the surfboard-like drones with a mast and small sail will be maneuvered right into the center of the storm.

"It is truly revolutionary. I mean no one has sailed in an autonomous vehicle into a hurricane before," said Andy Ziegwied, the vice president of Saildrone, the company that came up with the concept.

The 23-foot-long bots will be equipped with sophisticated instrumentation that will provide tons of data to scientists from directly inside the storm according to Ziegwied.

"A Saildrone is wind- and solar-powered. It's designed to collect ocean data on long-duration missions in the open ocean," he added,

One of the most important bits of data that the Saildrones will collect is the temperature of the ocean under the storm.

"The technology that is available through this Saildrone program is very exciting, and it's going to allow us to examine what's going on at the surface at a very crucial interface between the atmosphere and the ocean," said North Carolina State University oceanographer Joe Zambon.

One of the most important measurements of that dynamic is warmth, which feeds energy directly to hurricanes, he said.

"That's very important because that determines how much heat and moisture that the storm needs to thrive and to survive is available to the storm to use," Zambon said.

Ultimately, that and other data may not mean all that much to the layman, but it certainly affects those in the path of storms Ziegwied said.

"It will give communities more time to prepare. And people more time to evacuate before the storm hits hopefully saving lives and certainly mitigating economic impact," he said.

And unlike a sensor dropped by a hurricane-hunter plane or a stationary buoy, the powered and untethered Saildrones can be guided by remote control.

"That's the exciting part of this technology is that it can be directed to follow storms," Zambon said.

The makers of the Saildrones said they believe the crafts will hold up even in the midst of one of nature's most powerful forces.