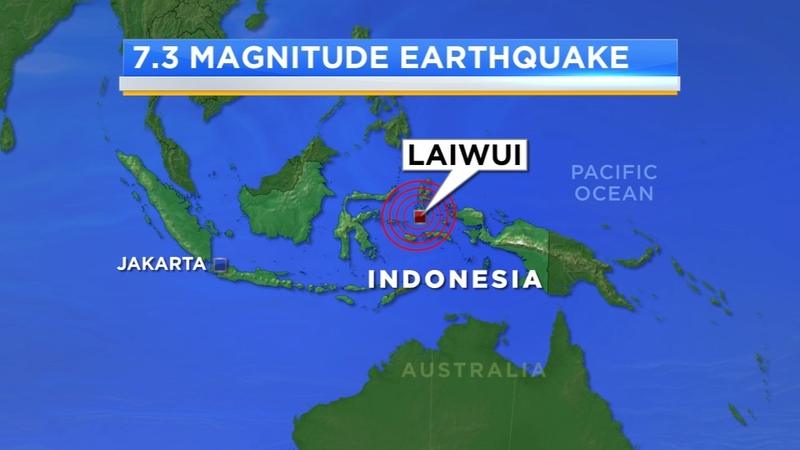 A strong, shallow earthquake has struck eastern Indonesia's Maluku province, causing panic in several cities and villages. There were no immediate reports of casualties or damage.

The U.S. Geological Survey says the magnitude 7.3 quake on Sunday was centered 166 kilometers (103 miles) southeast of Ternate, the provincial capital, at a depth of 10 kilometers (6 miles).

Indonesia's national disaster agency says the land-based earthquake didn't have any potential to cause a tsunami.

Still, many people ran to higher ground, and TV footage showed panicked people screaming while running out of a shopping mall.

Meanwhile, a magnitude 6.6 earthquake in the Indian Ocean has been felt across large parts of Western Australia.

Sunday's earthquake is one of the most powerful ever to hit western Australia, although its impact is nowhere as severe as the magnitude-6.5 quake which hit over 50 years ago. There are no reports of injuries at this point and only minor damage.