Officials from the National Weather Service are expected to assess the damage later Thursday to determine if tornadoes were to blame and what their intensity was.

This morning's damage from yesterday's tornado in North Carolina. pic.twitter.com/VSHraNYgtf

Due to the storms, Duke Progress Energy crews have been working around the clock to repair many power outages.

As of 6:30 a.m., hundreds of customers were still in the dark in Durham, Wake, Orange, Moore, Granville, Franklin and Johnston counties due to damaged power lines from down trees and debris.

On Trevor Circle and Chauncer in Durham, several trees went down Wednesday evening, mostly doing minimal harm, but one fell on Jerry Dodd's car minutes after his wife returned home.

This happened in #Durham #ABC11 pic.twitter.com/IrP0PDr9jJ

In Granville County, a home was destroyed in the Huntsboro community near the Henderson-Oxford airport. Several more homes were damaged.


Residents described the loud noise and seeing things flying around. Amazingly, no one was hurt.

"We've been fortunate so far with no reports of serious injuries or widespread damages, but we're not out of the woods yet," Gov. Pat McCrory said. "We've seen before how deadly overnight storms can be. Please continue to stay tuned to the weather and heed directions from your local officials."

Some powerful new images just in from photog @repper78 of the damage in #Oxford #ABC11 pic.twitter.com/F4i4etvY5q

In Raleigh, a tree smashed through roof of Fruit of Labor World Cultural Center.

ABC11 viewers sent in photos of a funnel cloud on the ground in Henderson.

There were also reports of trees down in northern Durham County and Chapel Hill.

Neighbor appears to be tying rope around the branches of this tall tree. Power may be out until 12a. @DukeEnergy pic.twitter.com/vAeO62Mar3

Trees and power lines were ripped down around Mount Olive.

A funnel cloud was seen over Wake Forest.

In Chatham County, there were reports of trees down around Siler City.

Earlier Wednesday, the National Weather Service issued a tornado warning for Wayne County just after 1 p.m. During that time, a mobile home was damaged along Sanderson Road in the Indian Springs community when its roof was torn off.


A family with several children in the home were not injured. The National Weather Service is slated to determine Thursday if a twister caused the damage there and in other spots.

The good news is we're looking for just a windy and dry Thursday. 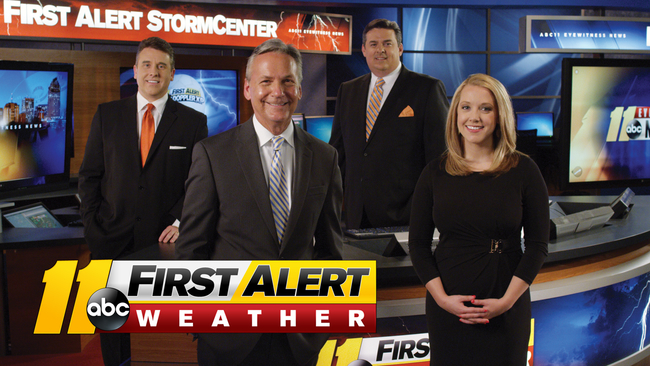 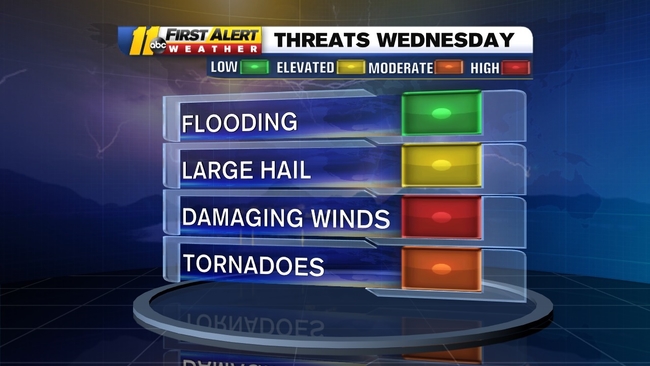