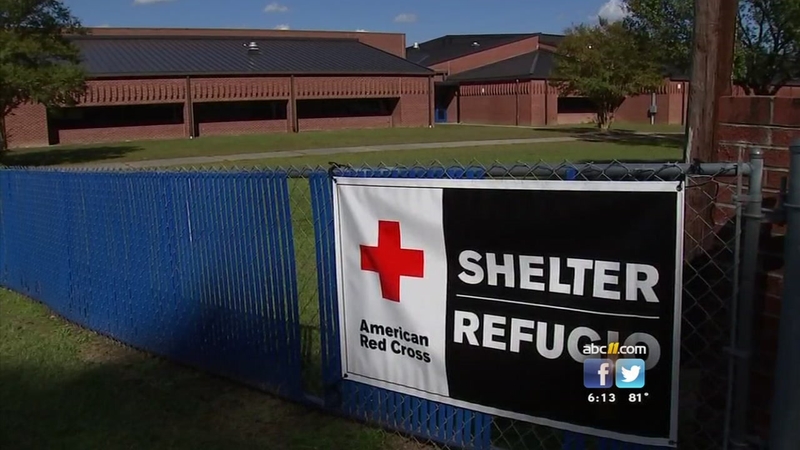 The American Red Cross is denying allegations the charity threw away donated items of clothing and usable food at one of its shelters for Hurricane Matthew victims in Robeson County.

The claims surfaced in a series of Facebook Live videos Saturday, one week after Hurricane Matthew hit Eastern North Carolina, posted to the public Facebook page of Ashley Locklear, whose profile states she's a Lumberton native.

"Guess what they did with all the clothes that y'all donated, OK?" Locklear said in the video. "They threw them in the trash. Yep, they just threw them all away."

"That's not been the case," said Red Cross Regional CEO Barry Porter when asked about the allegations of discarded clothing and food.

"The Red Cross doesn't throw away food that is usable," said Porter, and he added that he knows of a garbage bag-worth of perishable food that was thrown away at the Robeson County shelter because it couldn't be deemed safe for the shelter's residents.

"We have to also be worried and concerned about the health of the residents," he said.

Porter explained the Red Cross is not equipped to sort clothing donations or food items, so as those donations come in, volunteers have to send them back out with partner agencies such as The Salvation Army, that can put the donations to use.

Porter told ABC11 that a handful of volunteers were "removed" from the shelter at South Robeson High School while other volunteers who stayed to serve were offered additional training.

"People are on edge, but that's inexcusable," Porter said. "What is only reasonable is be polite, be kind, be focused that the client -- no matter what you as the volunteer are going through -- is going through much worse."

The #RedCross denies allegations volunteers threw away clothing and food donations at Robeson Co shelter. See the story at 6 on @ABC11_WTVD pic.twitter.com/ZPgq7DCkrF

He called reports of the Red Cross' mishandling of cash donations in the wake of the 2010 earthquake in Haiti, "wrongly stated accusations."

The Red Cross is not accepting clothing donations at this time.

The charity says it will gratefully receive donations of bottled water and unopened toiletries at its various sites.

You can also call the United Way at 211.