Stairs and a destroyed foundation is all that is left from a mobile home that was carried across a highway by a deadly storm that swept through Waverly, Va., Wednesday, Feb. 24. (Steve Helber)

ABCNews
An eighth person has been killed in a weather-related accident after storms battered the south of the country. 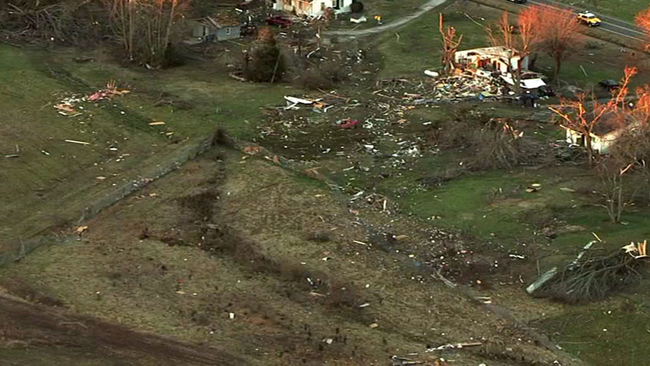