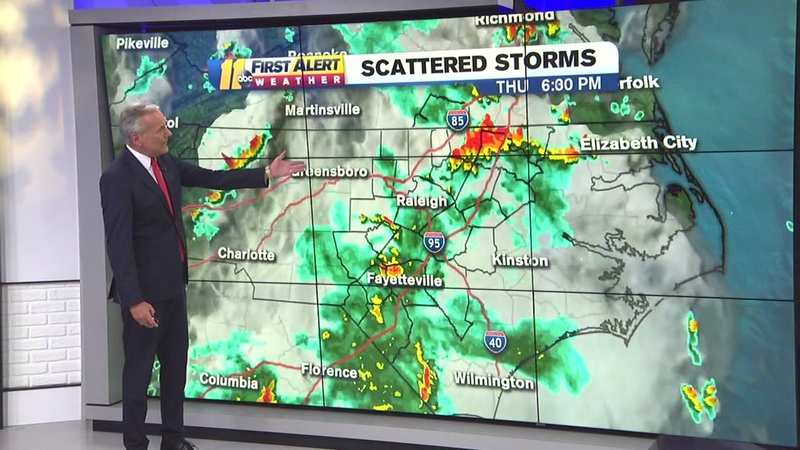 EMBED <>More Videos
Severe weather dampened some Fourth of July plans in North Carolina, particularly in Cumberland County, where Fort Bragg has canceled its July Fourth celebration.
Fort Bragg officials said the festivities were canceled but the fireworks were up in the air until a last minute decision to go on.

Check out the rainbow that decided to make an appearance at @FtBraggNC 🌈 this evening! @ABC11_WTVD pic.twitter.com/CxWldputDi

Also in Durham, a tree fell, smashing a house, and a lightning strike apparently started a fire at an apartment complex in the 100 block of Presidents Drive. No one was injured but Durham firefighters remain at the scene.

Adverse weather really hampered festivities in Cumberland County, which was under a flash flood warning through 8:15 p.m.

It’s not looking good on @FtBraggNC. The rain is hampering all activities. Just got word that the flag ceremony and parachute demo are both cancelled at the annual Independence Day celebration. pic.twitter.com/Pm4B6AijDw

Severe weather is putting a temporary stop on 4th of July festivities at @FtBraggNC. Eventgoers have been asked to go back to their vehicles.
No word yet on when delay will be lifted. @ABC11_WTVD pic.twitter.com/vm1BmjY5K7

Hope Mills also canceled its fireworks show because of the weather.

There is a Marginal Risk (Cat1 of 5) for severe weather this afternoon. Any storm that fires could produce damaging winds. Be #WeatherAware today! pic.twitter.com/skPx1QVpT4

LIST: 4th of July events in the Triangle and Fayetteville

Following a couple days of oppressive heat, a relief is in sight.