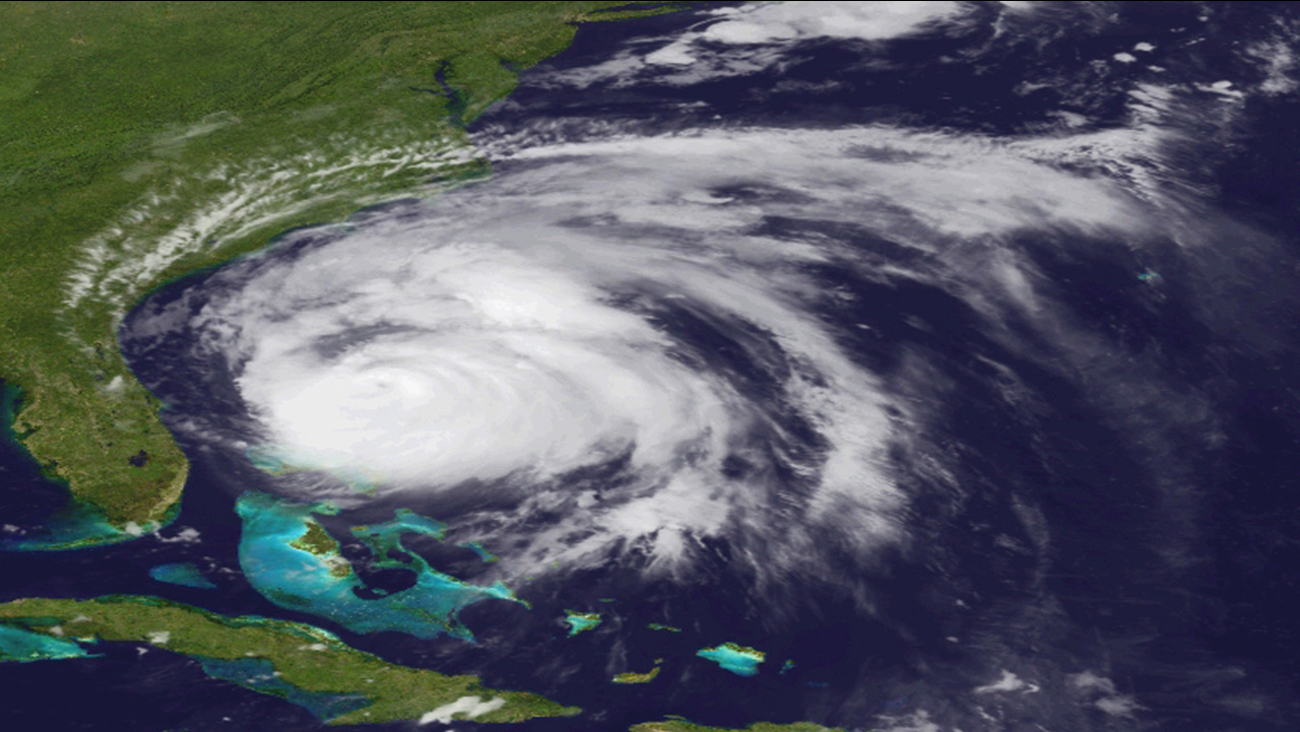 It's August ... and that's when our tropical season starts to heat up. We are watching two systems right now. I've highlighted them:

Let's talk about the two systems that could affect the U.S.

The left one is the remnant of Tropical Storm Harvey. It has a 90 percent chance becoming a tropical storm over the next couple of days. It's path would take it into the U.S. as a low pressure system that brings lots of rain to the western U.S. by Monday.

There's still plenty of uncertainty as to its exact track.

Speaking of uncertainty (and the reason I'm writing about this again today) is the system that has a 40 percent chance of becoming our next Tropical Storm (that would be named Irma).

The Canadian model has been extremely consistent in the past couple of days with its strength and timing of the storm.

If we were just to look at that, we might think "uh-oh, bad news for the Outer Banks next week!" But one model does not a forecast make. So let's look at the American version.

It also shows a Low off the coast next Tuesday, though further out to sea. In today's run of the model, it shows a little more organization in the low pressure system. It could still be a hurricane, but notice the pressure isn't as low and the isobars aren't nearly as packed. That means the winds would not be as bad.

If we look at the spaghetti plot for this system, it really could go anywhere in the western Atlantic at this point. Notice the Canadian model is the ONLY one that brings it up the coast. Many models take it west across Florida and keep it away from us.

So what does all of this mean for you? It's kind of like a snowfall forecast. We are watching the systems to see how they develop and we're waiting. I'm not willing to make a prediction about a hurricane at this time, but next week could be interesting in the western Atlantic Ocean. As a matter of fact, the next month could be interesting. After all, it IS hurricane season...
Report a correction or typo
Related topics:
weather
Copyright © 2021 WTVD-TV. All Rights Reserved.
TOP STORIES
LATEST: NCDHHS mandates vaccines for employees, volunteers
Holly Springs diver wins silver in Tokyo
New Pfizer data suggests 3rd vaccine dose 'strongly' boosts protection
Texas woman charged with murder in 1984 shaken baby case
Homeschooling surges across the country and in North Carolina
Pastor faces trial stemming from conflict at 2020 voting march
Show More
Biden to announce vaccine mandate for all federal employees: Sources
Hottest feeling days so far this year begin today
McCormick spices recalled due to salmonella risk
20 people report jellyfish stings at Emerald Isle
CDC reverses course on indoor masks in some parts of US
More TOP STORIES News