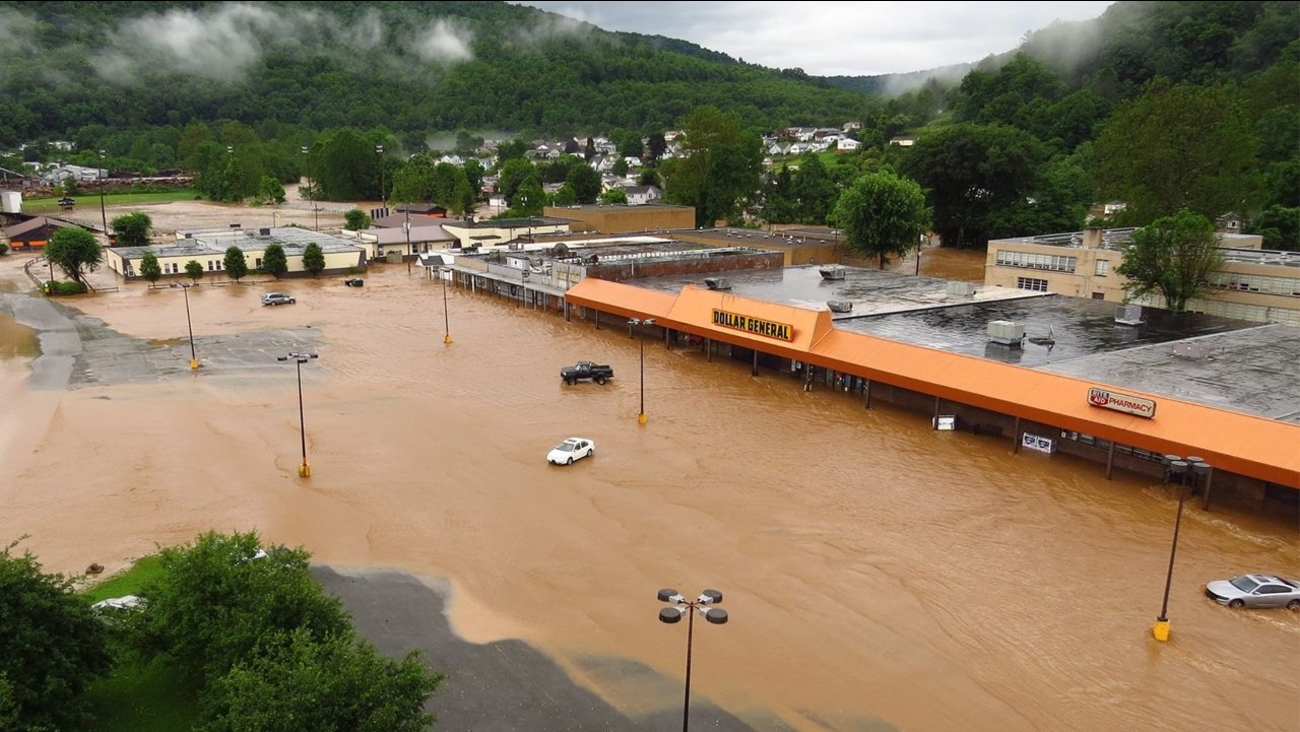 Significant flooding occurred in and around the state's capital, Charleston, where at least three of the deaths have been reported. But the most fatalities occurred in rural Greenbrier County in the southeastern part of the state, where officials said 15 people were killed.

State officials said the flooding is likely going to be the worst West Virginia has seen in 100 years.

As the flood waters continue to rise, unforgettable images of Mother Nature's fury are being posted to social media. We gathered 10 that really capture the essence of the situation:

1. Roads turned into raging rivers in Richwood, a city northeast of Charleston:


2. Video shows the flood waters even carrying away a car:


3. And it left the entire town under water:


4. In White Sulphur Springs, a house being swept away by flood water caught fire:


5. A bridge that connects a shopping center to the main road collapsed Thursday night in Elkview, stranding hundreds of people:

Hundreds of ppl still stranded in shopping center after a bridge collapsed at an Elkview Shopping center last night. pic.twitter.com/A13W6FfpAS

6. The very top of a roof of a home in Clendenin is spotted amid flood waters:

A view of a home in Clendenin from I-79 pic.twitter.com/LTFQnDm0nQ

7. The disaster is something that the young will likely never forget. This is also in Richwood:


8. The flood waters are unavoidable, filling every low-lying area:


9. The Greenbrier Resort's prestigious golf course was totally under water. This is a before and after photo:

Please keep everyone in your thoughts and prayers affected by these horrific flood waters. #StayStrongWV pic.twitter.com/lbkB1DwF0S

10. With so much of the region impacted, it appears it's going to be long cleanup process for all affected:


And the worst isn't over yet for some parts of the state. The Kanawha River, which runs through Charleston, is rising and is expected to reach levels not seen in more than 50 years.

The National Guard has been called up to assist with the disaster.
Related topics:
weatherwest virginiafloodingflash flooding
Copyright © 2020 WTVD-TV. All Rights Reserved.
More Videos
From CNN Newsource affiliates
TOP STORIES