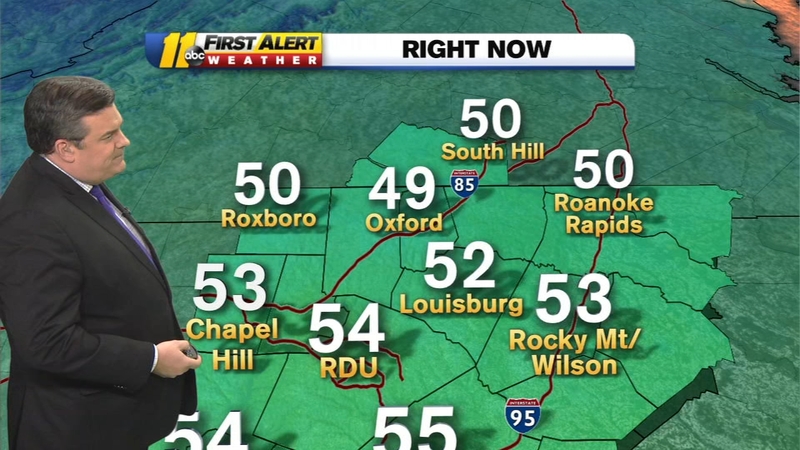 EMBED <>More Videos
Yesterday, I saw the first popup ad of December in my Facebook feed. The listing was under "pages you might like." It said, "Snow headed to NC," and when I clicked on it (out of curiosity), it told me that if I paid for a subscription, it would let me know when the snow would arrive next week.

Secondly, with my job, I SHOULD know that answer. The short answer is: we will not see any snow next week. At least, not yet.

One run of the American model, the GFS, showed some snow for next weekend (10 days away!). 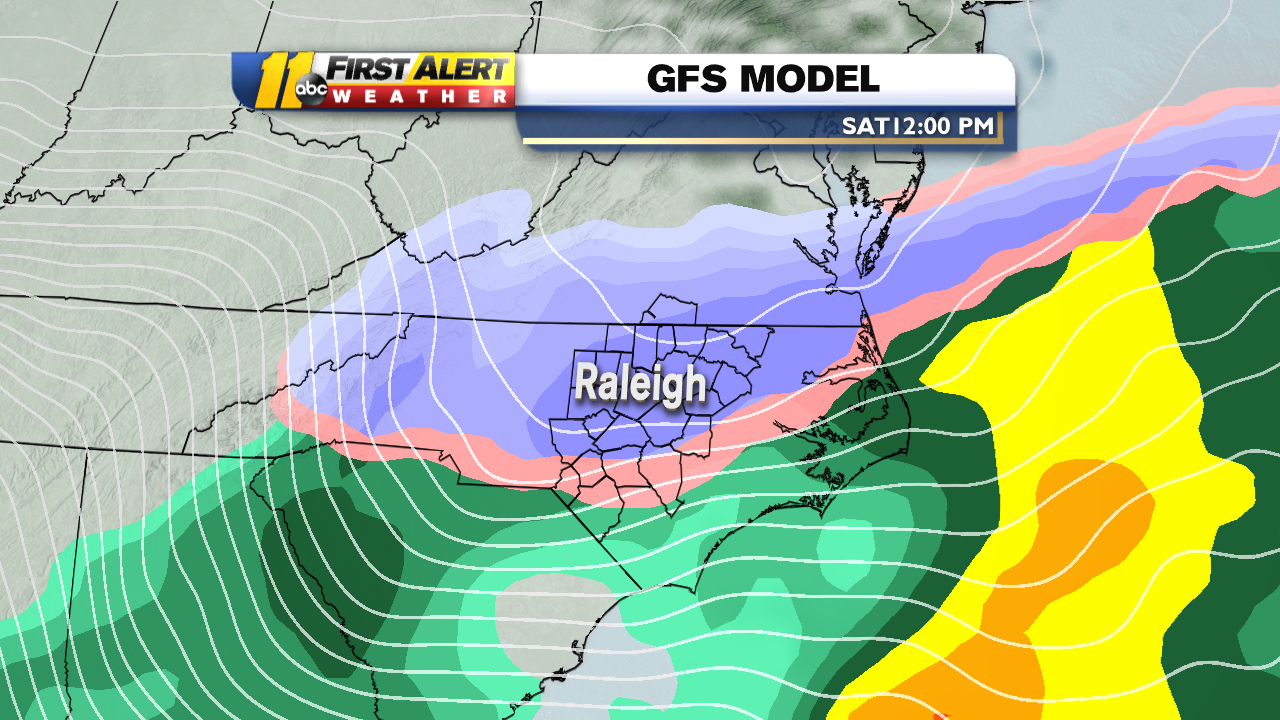 Then, when we look at that very same American model produced six hours later, the storm has moved west. 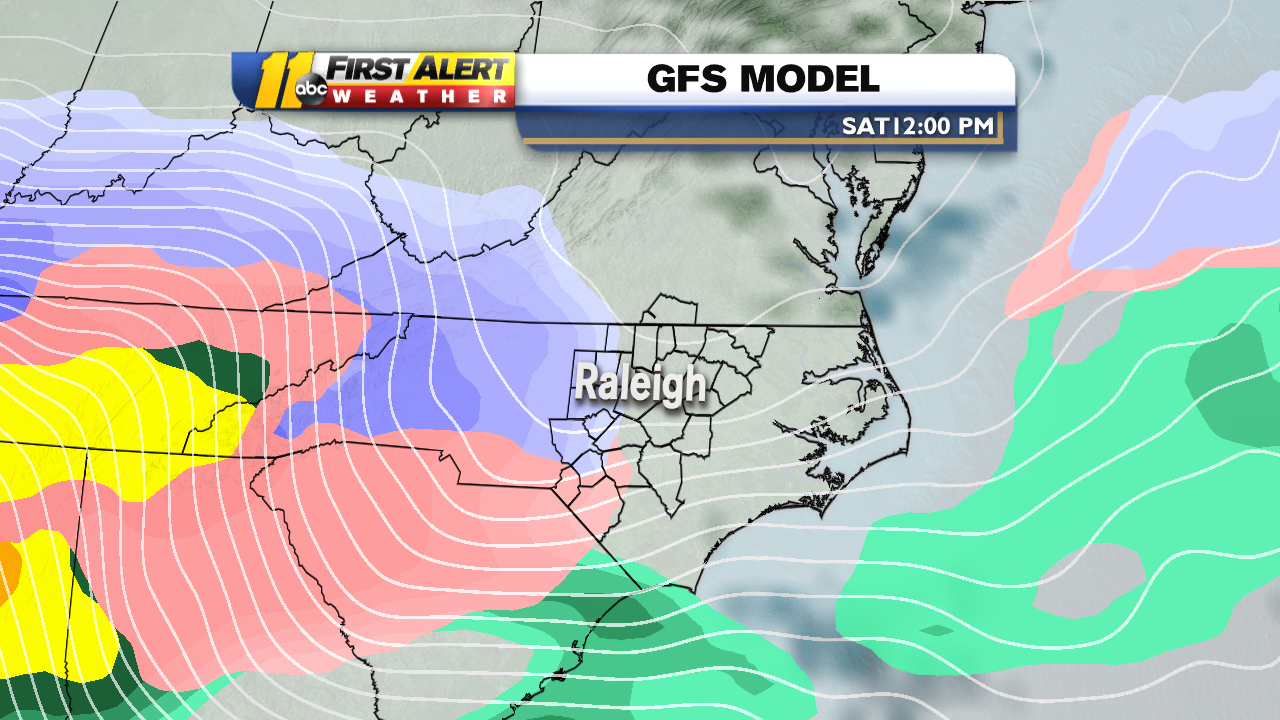 Does this mean don't trust that model? Nope.

How about some of the other models? When we look at the same date on the European & Canadian models, the amount of snow headed our way is Zero. Bupkis. Nada. As a matter of fact, the Euro shows a rain event. 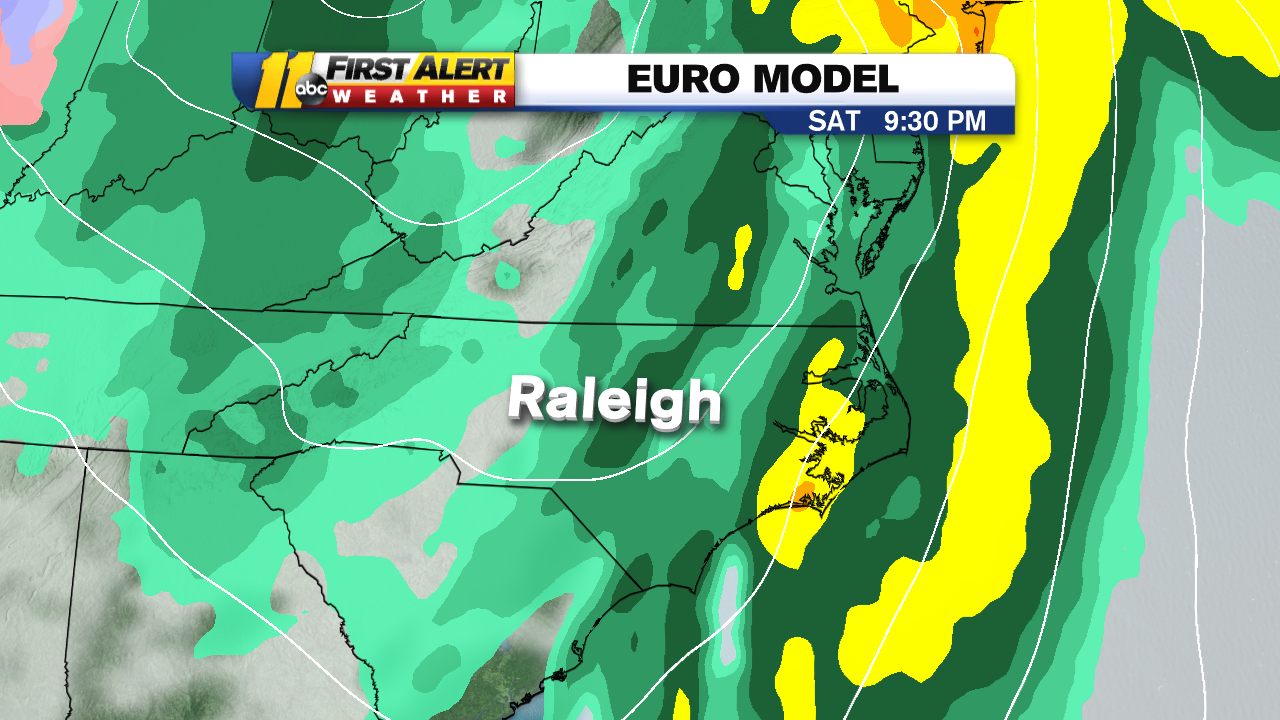 Different models see different things depending on the parameter. Ten days out, the models are good at showing us trends. Is it trending colder? Is it going to be wetter or drier over a certain period? Good stuff. If we see the trend continue for snow on Sunday and it continues to show up in the models over the next couple of days, then we may have something to talk about.

Plus, looking at several runs from the same model, AKA the ensemble, can tell us a lot of great information.

Can it tell us if it is going to snow ten days out? Nah. But it can give us a hint that it is going to be colder with more precipitation. That recipe could mean rain and 40s or snow and 30s. It is still way too early to make a snowfall forecast. And when several other models are showing a different trend, I tend to get VERY skeptical of a "Snow headed to NC."

All that being said, once in a great while a model will be right and all of the people who went with it scream, SEE I told you so! But those times are few, and far between. But why, oh internet, would you dangle the possibility of the wintry holiday magic? Simple. PROFIT.

You will see websites over and over trying to tell you snow, a hurricane, or whatever the next weather disaster is coming your way. They want you to click on it, subscribe to them, and, most of all, take some of your hard-earned dollars from the bank account.

Over the next three months, I promise you will hear about "Snow headed to NC." You will hear it several times. So find a forecaster you trust and stick with them.

My promise to you is that when I say "There is snow headed to NC," it will snow. And you can take that to the bank.
Report a correction or typo
Related topics:
weatherncwinter stormwinterwinter weather
Copyright © 2021 WTVD-TV. All Rights Reserved.
TOP STORIES
Fayetteville business gets a ton of support after LGBTQ flag stolen
Old JCPenney store in North Hills undergoing a transformation
Health officials urge COVID-19 vaccinations as Delta variant spreads in US
Carl Nassib comes out as 1st openly gay active NFL player
Single home run propels NC State past Vanderbilt 1-0 in CWS
WEATHER: Hot, humid day with feels-like temps up to 103
Heading back to the office? Experts have tips for anxious pets
Show More
Bladen County political consultant pleads guilty to charges
Wake County couple transforms lives through foster care, adoption
Group calling for NC to investigate Postmaster General Louis DeJoy
Here's what's in the North Carolina Senate budget proposal
Surviving combat to die at home: Soldier picking out his coffin at 35
More TOP STORIES News