Why are the tropics so active now? 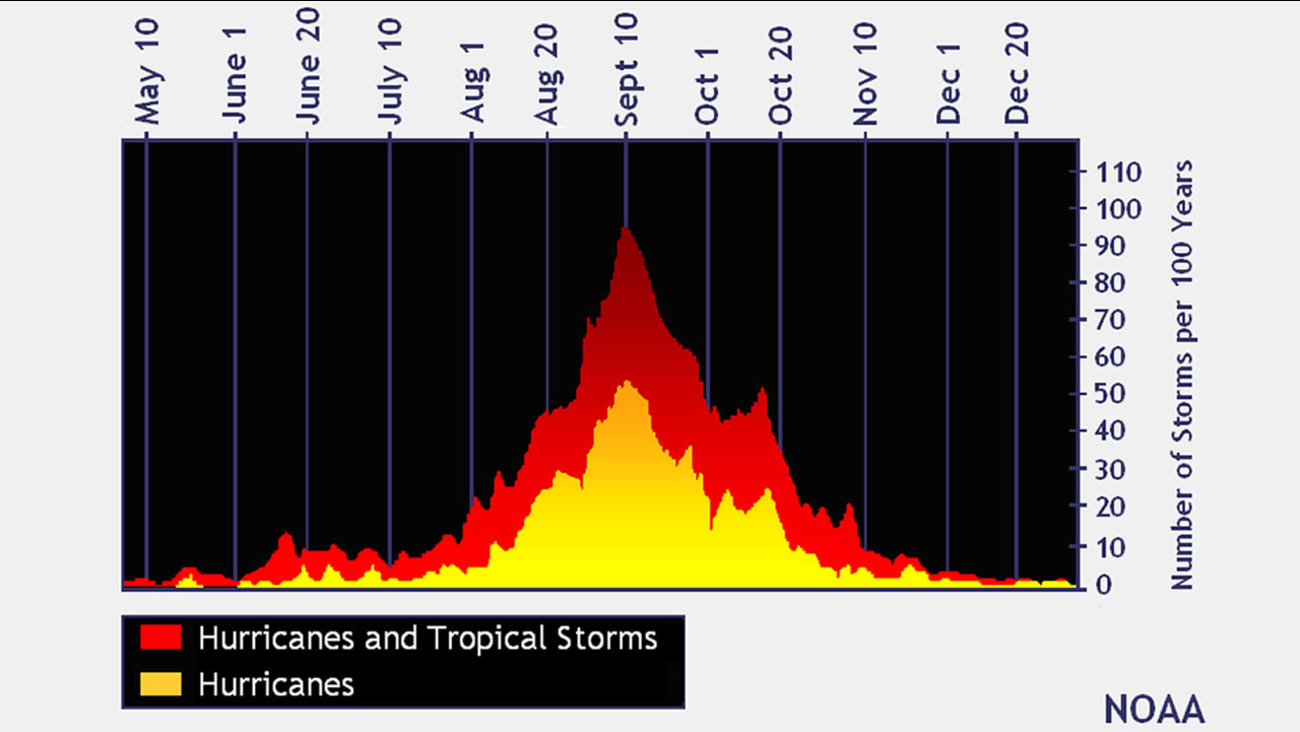 RALEIGH, NC (WTVD) -- The tropics begin to spin off more storms between mid August and mid-October than any other time of year. This 8-week period is know as the "season within the season" to meteorologists around the country. According to the National Oceanic and Atmospheric Administration (NOAA), roughly 78 percent of the tropical storm days in a given season occur in this period as well as 96 percent of the major hurricanes we see each year.

So, why is late summer more ripe for development than early summer? It's all about three ingredients: wind, moisture, and ocean temperatures.

Hurricanes thrive in warm water. In general, sea temperatures need to be at least 80 degrees for a tropical cyclone to develop and thrive. By late summer, many areas of the ocean off the East Coast and Gulf of Mexico are in the low to mid 80s, providing the perfect ingredient for strengthening.

Tropical cyclones also need to have an environment without a lot of strong upper level winds, known as "wind shear." Wind shear peaks in May, making it hard for storms to avoid being ripped apart. By June and July, the shear fades and it eventually reaches a minimum by mid to late August. As a result, more storms can form and hold together over longer stretches of time.

The statistical peak day of the hurricane season is September 10. On this day, you have more of a chance of seeing a tropical cyclone in the Atlantic Ocean than any other time of year.