Winter Outlook: NC expects to have warmer than average winter 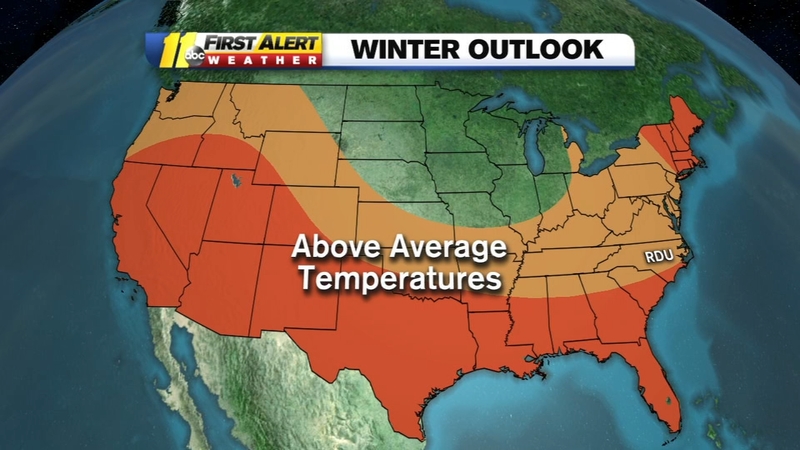 Winter outlook projects a warm winter for much of the U.S.

The National Oceanic and Atmospheric Administration (NOAA) issued their seasonal outlook on Thursday to try and give us a peek at the winter months (December, January, and February).

What did it say? Let's talk temperatures first...

Here's a look at NOAA's seasonal temperature outlook for December through February. Not one part of the US is forecast to see below average temps for this winter. #winteroutlook pic.twitter.com/vJdfwWMWjQ

The biggest chance for above-average temps spans the southern part of the United States and does curve up into southern NC. The rest of the state is in the slightly above average category. In our area, the average high temps are in the 50s across those three months.

Now just because the area is forecasted to see above-average temps across the season, it doesn't mean we won't see those highs dipping into the 30s at times. Of note, in the national outlook, not one part of the US is expected to see below-average temps in the season, even in Alaska!

Now let's look at the Precipitation Outlook for Winter from the folks at NOAA. A large swath of the northern US could pick up some above average totals. The driest areas are south and west of NC. We are forecast to stay in the average category. #ncwx pic.twitter.com/cn0WXQYcGh

NOAA expects to see wetter than average conditions in the Northern Plains, Great Lakes, Northern Mississippi Valley, and parts of the Mid-Atlantic and Northeast. The drier-than-average conditions are most likely in the Arkansas-Louisiana-Texas region. Here in North Carolina, we have equal chances for a below-average, average, or above-average total for precipitation.

We average around 9" of precip. over those three months. We average about 5.4" of snow in the Triangle and about a tenth of an inch of snow in Fayetteville. That doesn't mean we will see that much, that's just the average. And last December reminded us of one thing...we can get more than our average in just one day and not see much the rest of the year.

If you don't like our winter, just wait a week. THAT is winter in North Carolina!
Report a correction or typo
Related topics:
weatherncwinterweatherwinter weather
Copyright © 2021 WTVD-TV. All Rights Reserved.
WEATHER 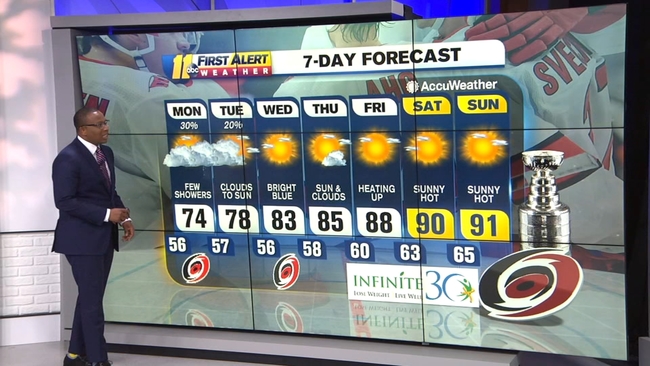 Big Warm Up This Week