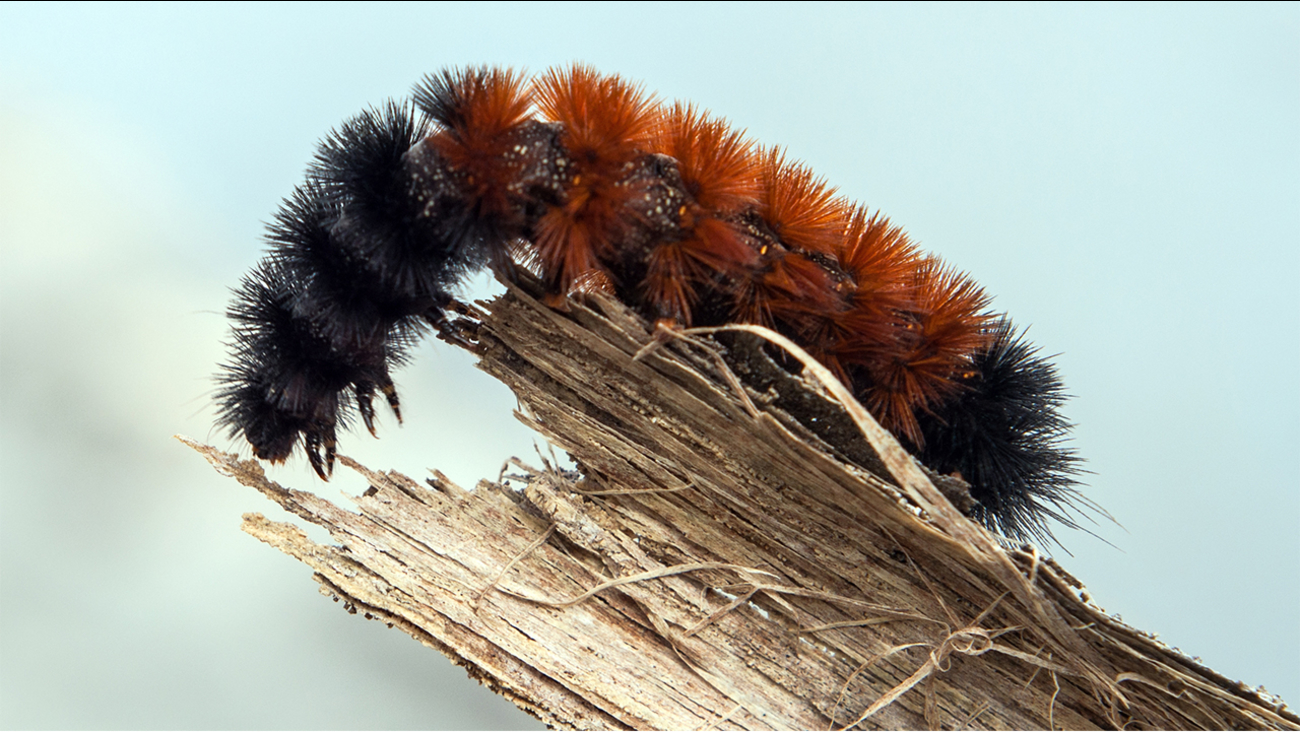 The winning woolly worm at this year's Woolly Worm Festival in Banner Elk, North Carolina, says you might not need to pull out all of your wool sweaters and jackets for at least part of this winter.

Twinkle Toes won the worm race this weekend at the 38th annual event and earned the honor of making the prediction. Twinkle Toes is owned by Rebecca Perree, from West Palm Beach, Florida who trained the worm herself.

Event staff use the coloring of the winning worm to determine the type of winter we will have. The Woolly Bear caterpillar has 13 brown and black segments (there are 13 weeks in meteorological winter) and the lighter brown a segment is, the milder that week of winter will be. The darker black a segment is, the colder and snowier the corresponding week will be. (At least, according to legend.)

Twinkle Toes predicts that we are in for a fairly mild winter after an initial three weeks of very cold and snowy conditions.

Here is a week by week look at the worm's prediction:

Weeks one to three: Very cold and snowy

Week 12: Below average temperatures, some snow

Week 13: Below average temperatures, some snow

Last year, the winning worm predicted a very cold and snowy winter, which turned out to be accurate. So perhaps the woolly worm is on to something because the National Oceanic Atmospheric Administration is also predicting a cold wet winter for the Tar Heel State.