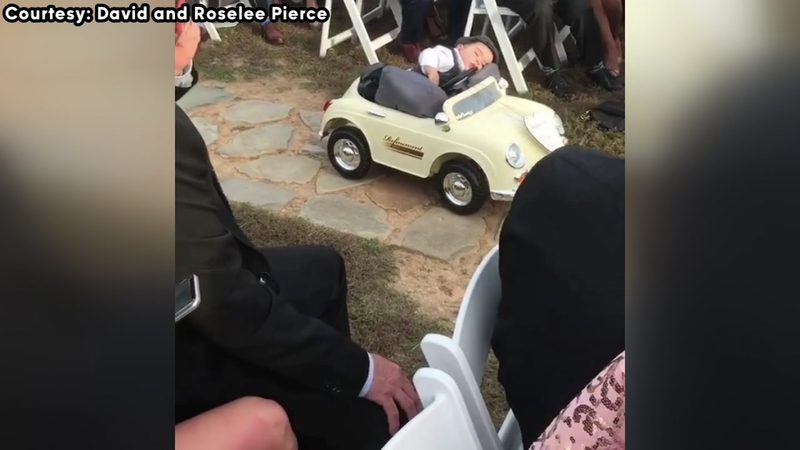 MONROE, Louisiana -- Being a ring bearer is a tough job, especially if you're a sleepy 9-month-old boy.

Maxen River Pierce has stolen the hearts of thousands on social media after a video of the little boy shows him asleep at the wheel during his role as the ring bearer at his parents' wedding.

David and Roselee Pierce got married on Oct. 21 at Champagne Manor in Monroe, Louisiana.

David told ABC News that it was his wife's idea to have their son as the ring bearer. Since he was still so young to go down the aisle by himself, they put baby Maxen in a remote-controlled toy car with a sign on the front that read, "Daddy, here comes mommy."

Guests were heard laughing while the toy car moved along down the aisle with Maxen nodding off.

David said he had nothing but high marks for his son's effort.