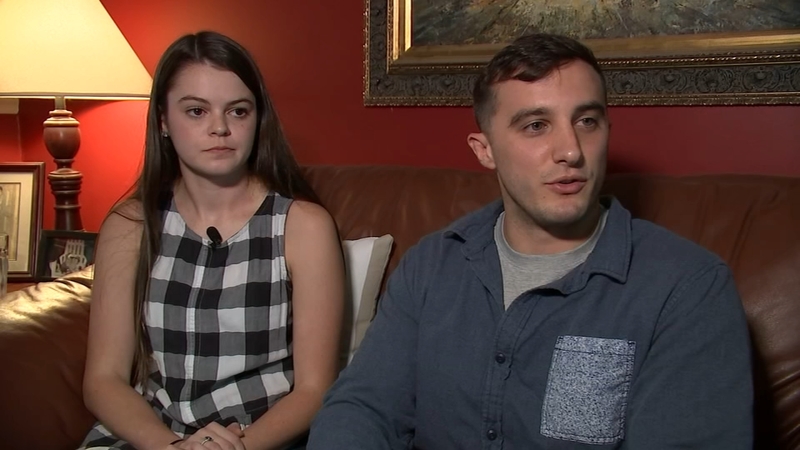 ABC11 has also learned they are not the only couple in a bind.

Noah's Event Venue in Morrisville off of Paramount Parkway shut down.

"The ceremony and reception were going to be there as well so it shattered everything we dreamed of," said Allison Ptasinski. "It was everything I've been dreaming of since I was little."

One triangle couple is out thousands and they are not alone. Why their wedding venue closed and suddenly shattered their dreams coming up next at 11. We also have the response from the venue itself. #abc11 pic.twitter.com/iYIn2C2Orv

Ptasinski was supposed to marry Alex Hinger in October. Now, they're out more than $10,000.

"I don't think you can process it until we figure an alternative plan out," she said. "We're taking it day by day and we're trying to find another venue as quickly as possible."

They met in Greenville in 2016 when she was a sophomore and he was living there in her apartment complex.

Last April they got engaged. Save the dates and invitations had gone out. Allison's bridal shower was planned and is still happening this coming weekend.

This week, Alex got an email that stunned them.

"So we went into salvage and panic mode," Alex said. "The email said there was a dispute with the landlord that they weren't able to come to an agreement where their lease was going to be renewed so they had to cancel all events past August 31.

Noah's offered them the chance to do their wedding at one of their other locations in either Charlotte or High Point but Alex and Allison said there were no calls to apologize.

"We had just finished making our final payments on this stuff so now it's figuring out what can transfer to another date if we have to," the couple said.

Nearly two months before their wedding at this @Morrisville_NC venue, this couple is told their venue is canceling on them. @noahseventvenue is filing for chapter 11 and tried to renegotiate with the landlords of this building but no luck. #ABC11 pic.twitter.com/OzWDOUJax6

Noah's Event Venue is based in Utah and said "We are deeply saddened and heartbroken our landlords rejected our lease offers and that the Morrisville venue will be forced to close on August 31, 2019."

Documents show the company filed for Chapter 11 bankruptcy last month and tried to renegotiate its lease with its more than 40 venues across the country. The Morrisville landlords did not accept.

In court filings, Noah said "In short, we simply grew too fast and lost our ability to react quickly to an ever-changing market by focusing too heavily on locations versus making sure the fledgling locations had all the proper support."

Alex and Allison picked the Morrisville venue because it was close to the airport -- that way out-of-town guests could easily get to the venue.

"It's really unfortunate, but we still have each other," Alex said. "I'm thankful for that. I wanted her to have the wedding day she's always wanted."

The bankruptcy filings also said clients are required to pay a "non-refundable" deposit. Noah's has nearly $2 million of those deposits but it's unclear whether there will be any refunds at this point.

Allison and Alex said they will get some of the money back but nowhere close to what they put in.

Other couples said they're out thousands too.

The landlords of the Morrisville building did not respond to requests for comment.

"We received word late yesterday (July 31st) that our landlords no longer want us as the tenant of the Morrisville location.

We are deeply saddened and heartbroken that our landlords rejected our lease offers and that the Morrisville venue will be forced to close on August 31st, 2019.

Refunds will be handled in the order in which requests are received, but consideration will be taken for events that are closest to the closure date.

We are grateful for the opportunity we had to be a part of so many meaningful events in Morrisville.