'Something's Coming: West Side Story - A Special Edition of 20/20,' is now streaming on Hulu.
ABCNews
By Adia Robinson & Deena Zaru 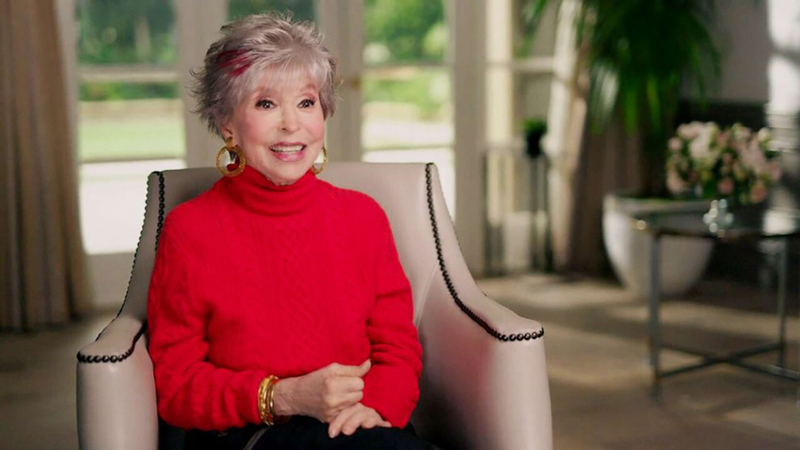 Rita Moreno became the first Latina to win a best supporting actress Oscar in 1961 for her portrayal of Anita in the iconic musical "West Side Story." Now, half a century later, the 89-year-old actress is starring in Steven Spielberg's version of "West Side Story."

The musical, which was inspired by Shakespeare's "Romeo and Juliet," is set in New York City in the 1950s and tells the story about rival gangs -- the Sharks, who are Puerto Rican, and the Jets, who are white.

The drama in the musical centers around the relationship between Tony, a former member of the Jets, who falls in love with Maria, the sister of Bernardo, the leader of the Sharks.

The new look at Steven Spielberg's "West Side Story" is here! "Good Morning America" exclusively debuted a look at the official trailer on Wednesday.

Moreno, who is an executive producer on Spielberg's version of "West Side Story," called the original musical a "very bold attempt at something that had never been done."

"It was -- Shakespeare's Capulets and Montagues turned into the ghetto. I mean, that's -- think of it. It's so original. It's so brave, really," she said.

The award-winning actress discussed the new film and opened up about her time playing Anita in the ABC News event "Something's Coming: West Side Story - A Special Edition of 20/20," now streaming on Hulu.

Reflecting on her role in the 1961 film, Moreno told ABC News that she was "absolutely thrilled" to be cast as Anita. "I auditioned my arse off. I did screen tests," she said.

"I just did everything I could," she added. "I wanted that part so badly, and it was so thrilling to get it."

But Moreno also noted that she had been struggling with her mental health before joining the original cast, in part due to being typecast in certain roles.

"The girl who joined 'West Side Story' was very beaten up," she said, adding that at the time she was in therapy at the suggestion of her former boyfriend, Marlon Brando.

"I took it seriously and it's the best thing I ever did for myself," Moreno said. "I was hiding feelings all the time. I was -- ultra-sensitive to slights, social slights. And if somebody didn't say hello to me, it had everything to do with the way I looked or the way I am or who I was. That's the girl who went in to play Anita."

"I never was afraid to depict her because it was me," she added.

Moreno said she was aware a new "West Side Story" was being produced and when she learned through her agent that Spielberg wanted to speak with her, she was surprised.

"Why would he be calling? I really, honestly couldn't imagine. It certainly wasn't about Anita," she said.

But Spielberg had a new role in mind for the EGOT-winning actress.

In the new "West Side Story," she plays Valentina, who is the widow of Doc, the owner of the candy store where the Sharks and the Jets hang out.

Moreno said that Tony Kusher, who wrote the screenplay, wrote the part especially for her. She said that playing the role was an "out-of-body experience" for her.

"I was Doc, the one who says, 'Stop this,' you know, 'What's wrong with you people? You're animals.' I was suddenly Doc," she said, reflecting on a scene where her character stops the Jets from raping Anita.

"It was a scene that was difficult for me because I was still emotionally someplace else. I was still Anita in that scene," she added. "And it was very, very difficult to be Valentina. Hardest scene I had to do."

Moreno and DeBose told ABC News that the two discussed the role over lunch. Moreno gave DeBose advice about something she regrets not doing in a certain scene, however, neither actress would say what scene that was.

"[Moreno] was very graceful with me, because, I'll be very candid -- I was awkward AF," DeBose told ABC News.

"She was, like, 'I think there's more power in a different delivery. So if that is helpful to you.' And I said, 'I think it might be,'" she added. "And I took the note. It was a good note."

"It's a wonderful piece of acting advice," Moreno said. "I mean, I literally did it for her. And I said, 'I think it's immensely effective, and I never -- it never occurred to me to do the scene that way.' Well, I'm thrilled that she used it."