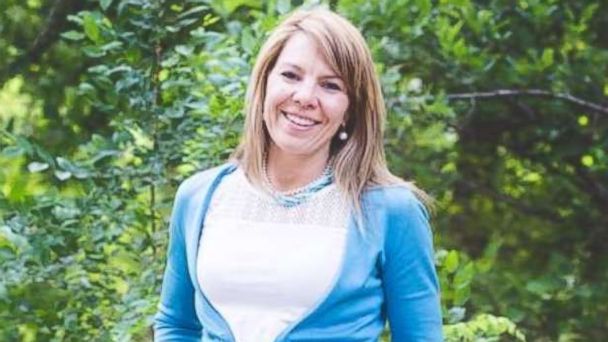 Jennifer Riordan, a bank executive, community leader and mother of two, died Tuesday when her Southwest Airlines flight blew an engine in midair and its debris smashed a cabin window.

Riordan of Albuquerque, New Mexico, was among 144 passengers and five crew members on board when the Boeing 737 suffered an engine failure some 20 minutes after takeoff from New York's LaGuardia International Airport, while en route to Dallas Love Field Airport, according to authorities.

Two passengers managed to pull Riordan back inside when she was partially sucked out of the shattered window, according to witnesses. She was given CPR while the pilot was forced to make an emergency landing at Philadelphia International Airport.

Riordan was transported to a nearby hospital where she later died, though officials did not immediately confirm a cause of death. She leaves behind a husband, Michael Riordan, as well as two children.

"Jennifer Riordan has passed away as a result of previously reported events on Southwest Airlines flight No. 1380," her family said in a statement. "Jennifer's vibrancy, passion and love infused our community and reached across our country. Her impact on everything and everyone she touched can never be fully measured. But foremost, she is the bedrock of our family. She and Mike wrote a love story unlike any other. Her beauty and love is evident through her children."

In addition to being a wife and mother, Riordan was vice president of community relations at Wells Fargo in Albuquerque, where she was "loved and respected," according to a company statement.

"The Wells Fargo family is saddened to learn of the death of our friend and colleague Jennifer Riordan - a community relations leader in Albuquerque, New Mexico. She was a well-known leader who was loved and respected," according to the statement.

After graduating from the University of New Mexico, Riordan worked in media relations and marketing at the school's Health Sciences Center, according to colleagues.

"Jennifer was an amazing community leader, team member, wife and mother," Paul Roth, chancellor for University of New Mexico's Health Sciences Center, said in a statement posted to Facebook. "Her passion for our community, our students and our future was unwavering. We are committed to carrying on her work to ensure quality education and career opportunities to New Mexico's youth."

Riordan became a key member of the Albuquerque community through her "leadership and philanthropic efforts," Mayor Tim Keller.

"Albuquerque lost a thoughtful leader who has long been part of the fabric of our community," Keller said in a statement posted on social media. "This is a tremendous and tragic loss for Jennifer's family and many others throughout our city. Her leadership and philanthropic efforts made this a better place every day and she will be terribly missed."

The National Transportation Safety Board and the Federal Aviation Administration are investigating Tuesday's incident. Boeing said it is providing technical help to the investigation, with which Southwest Airlines is cooperating.