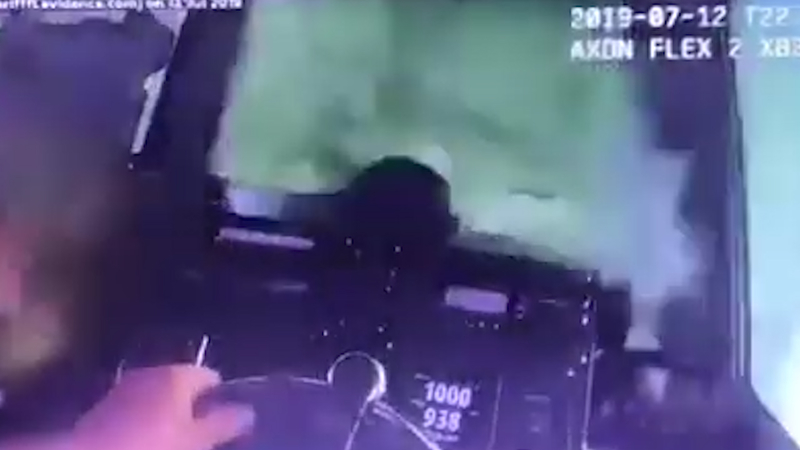 DESTIN, Fla. -- A Florida sheriff's deputy sustained minor injuries after a wave shattered the window on his boat, sending shards of glass barreling toward his face, as Tropical Storm Barry approached the Gulf Coast.

Okaloosa County Sheriff's Deputy Robert Wagner was responding to reports of a boater in distress in Destin's East Pass Friday when the wave struck.

"Water conditions were very rough and a large wave came directly over the bow, striking the windshield and shattering the glass," the sheriff's department explained in a Facebook post. Footage from Wagner's body camera showed him appearing to lose his balance as the wave struck.

Wagner suffered cuts to his face and body. He was treated at a local hospital and released with no major injuries.

A second deputy who was on Wagner's boat when the wave hit was not injured, and the Coast Guard rendered aid to the boater in distress.

"Tropical Storm Barry has been no picnic for the OCSO Marine Unit!" the sheriff's office said.