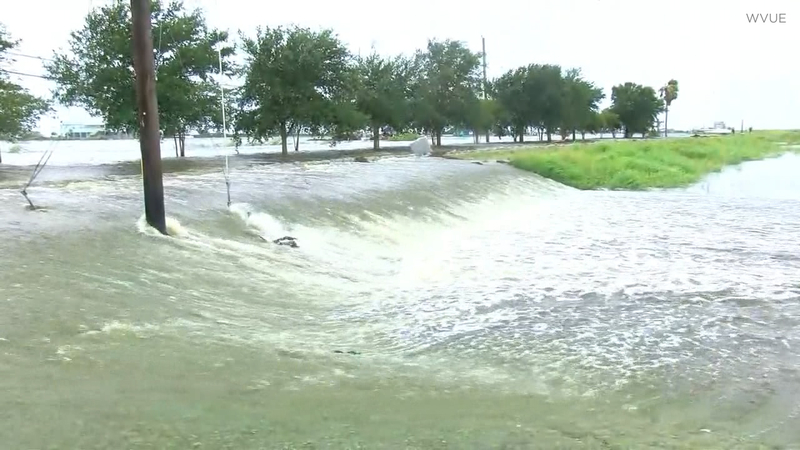 Footage from local television station WVUE showed water spilling over a levee in Myrtle Grove, a community about 25 miles south of New Orleans.

There were no reports of high water rescues as of early Saturday afternoon.

A large tree crushed a car in a Louisiana parking lot Saturday morning as Hurricane Barry approached the Gulf Coast.

Gov. John Bel Edwards said Saturday that none of the main levees on the Mississippi River in the state have failed or been breached so far because of Tropical Storm Barry.

But he warned at a news conference on Saturday that the storm is just beginning and the state faces significant threats in the days ahead.

Briefly considered a hurricane, Barry made landfall in Louisiana Saturday afternoon and weakened to a tropical storm. The storm's center was located about 5 miles northeast of Intracoastal City, and about 30 miles south-southwest of Lafayette, Louisiana.