The closest white Christmas to our area 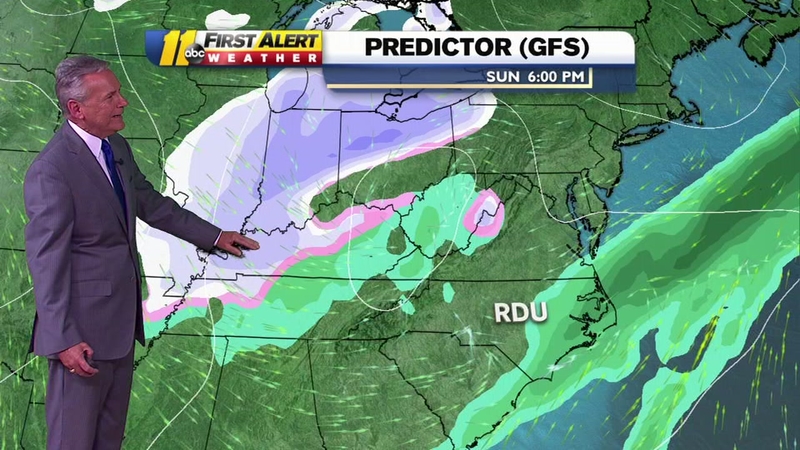 The closest white Christmas to our area

Before Bing Crosby released the song "White Christmas" in 1942, most people in the U.S. didn't think much of having snow on Christmas Day.

The fact is, most areas in the country do not see snow on the ground on Christmas Day. The only spots that are practically assured of a White Christmas every year are around the northern Great Lakes and in the Rocky Mountains. And here in central North Carolina, despite the fact that we get snow almost every winter, it's very rare on Christmas Day-about a 3% chance any given year.

With that in mind, who's going to see a white Christmas this year? First, let's look at the snow cover now.

You can see there's a pretty good snow cover over New England, around the Great Lakes, and the Rocky Mountains. That's pretty much where you would expect snow on the ground right now. But even snowy cities like Chicago and Cleveland have bare ground right now. And the snow that fell over the Deep South and western North Carolina nearly two weeks ago is long gone. But what about by next Monday, Christmas Day? Much colder air is going to drop into the central and eastern U.S. over the weekend and early next week.

Will there be any moisture to go along with the cold to produce snow for Christmas Day? Here's one model, the European. This is its forecast for snow falling between tonight and Monday morning. Remember-this could be snow that falls over the weekend and has a chance of staying on the ground through Christmas Day.

Dreaming of a White Christmas? The NC mountains may see some snow between now and Christmas Day, but not us in Central North Carolina. #ABC11 pic.twitter.com/enmUzPUPIX

You can see there's a least a chance of snow on the ground as close as the North Carolina mountains by Christmas morning. But I think that's going to be mainly the higher elevations, not places like Asheville, although there may be a dusting in some areas. There's an even better chance for snow in West Virginia and points north.