3 cops injured in possible explosion after being called to search vacant home: Police 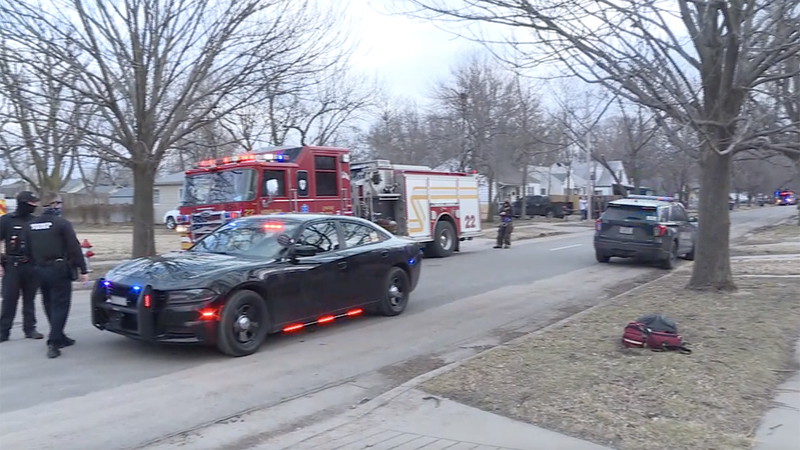 3 cops injured in possible explosion after being called to search vacant home: Police

WICHITA, Kansas -- Three police officers have been injured in a possible explosion after being dispatched to a vacant home.

Authorities have not yet issued a formal statement on why they were called to the home, who may have made the call or what had been reported to the police but, according to the Wichita Eagle, Wichita Police Chief Gordon Ramsay told local media that the homeowners asked authorities to check the vacant home after they saw that several windows were open, leading them to think that somebody could be inside and that officers were given a key to the home so they could access it.

"After making entry into the residence, three officers sustained injuries from a possible explosion from an unknown device," authorities said in a statement on social media.

The Wichita Police Department said that the three officers were immediately transported to a local area hospital for treatment while the WPD SWAT team and bomb squad conducted investigations.

A tweet from the Wichita Police Department said that "negotiators are still on scene and attempting negotiations" but it is unclear who they were negotiating with or why negotiators were needed in the first place.

"One officer has since been released, while the other two remain [in hospital] - one with minor injuries and one in serious but stable condition," the WPD said on social media.

Wichita Police Chief Gordon Ramsay said that he visited the two officers remaining in hospital and that they were in good spirits after the incident.