World War II prisoner of war from Smithfield to be honored 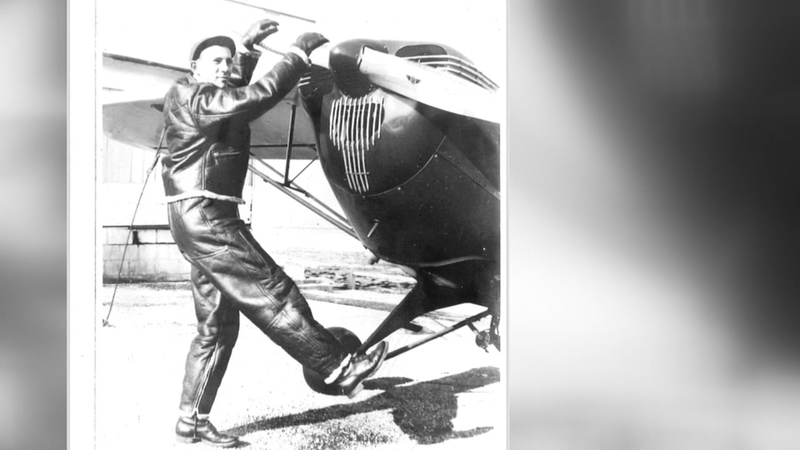 SMITHFIELD, N.C. (WTVD) -- It's been more than seven decades since Wilbert "Pete" Sellers returned home from Europe after serving in the Army during WWII, but it won't be until Sunday that he's formally recognized for his efforts.

Smithfield has been home to Sellers for his entire life, but few here know about his military service.

He joined the Army in 1943, with stops in Fort Bragg, Mississippi, and Missouri, before he headed overseas in January of 1945.

Shortly after landing, his unit was raided by Nazis.

"They had us surrounded, cut off, before we knew what was going on," Sellers said.

Now 95 years old, Sellers recalled the events, which included being hit with a piece of shrapnel during the gunfire.

"I had one piece across the back of my hand," Sellers said.

Eventually, Sellers and several fellow troops were taken as prisoners of war. They were first held in France, before being taken to Germany by boxcar.

"There were 110 of us in that one car, with no sanitary facilities or anything," said Sellers, recalling the horror of that trip.

Coming up at 6 on @ABC11_WTVD: A former World War II POW from Smithfield set to be recognized with a Bronze Star and other honors for his service pic.twitter.com/SsWyTCpKOl

To make it worse, it was winter, adding agony to the trek.

Sellers said that while in captivity, food was scarce, and he and fellow POWs were forced to work.

His family was notified of his situation via telegram.

Stuck in captivity, Sellers vowed he would not be held long. In April, a fellow GI found an opening while they were being held with POWs from other countries inside a school gymnasium. He found an unattended pipe drain under a gym podium that they were able to access. Sellers and a dozen others escaped.

He then hid for four days in a bombed-out building before he was able to eventually meet up with an American unit.

Even that proved challenging, as they quizzed him on American current events, including asking him "Who's Babe Ruth?" and "Who won the World Series last year?"

Once identified, fellow soldiers took care of him before he returned home.

During his captivity, he was twice lined up in firing squads - but both attempts were stopped because of nearby Allied Power planes.

Upon his return, Sellers refused to accept any medals or honors.

"I didn't think I had done as much as I could for my country," Sellers said.

He also struggled with nightmares for years, thinking he was still at war with the Nazis.

It wouldn't be until decades later when a family member was doing a school project, did he fully begin to divulge his military experiences.

At the urging of his family, Sellers will be formally given a Bronze Star and other medals during a ceremony Sunday. A Fort Bragg general will present those medals to Sellers.

"That generation is just a whole different generation, they believe so strongly in country, and patriotism and he's my hero," said Janet Sellers, Pete's daughter.

"Americans many years before had fought and died and give their lives that we can have a free country," Sellers said.