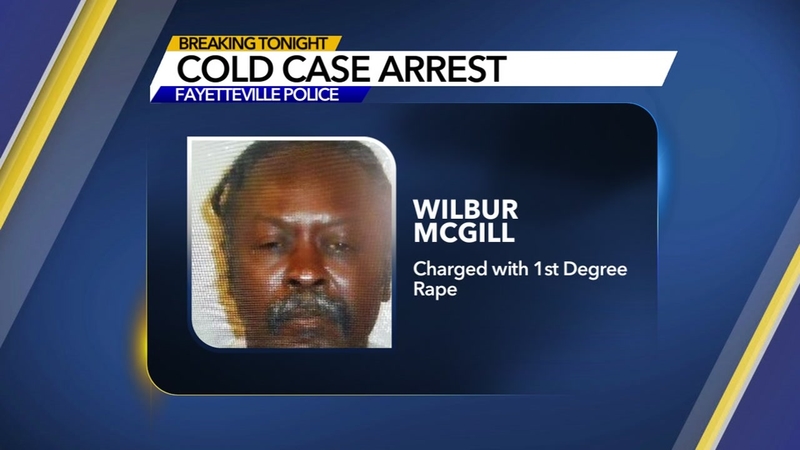 Man charged and arrested in 1990 rape, kidnapping case in Fayetteville

FAYETTEVILLE, N.C. (WTVD) -- Detectives with the Fayetteville Police Department's Special Victims Unit have charged and arrested a suspect in connection with a rape that happened on November 20, 1990.

Wilbur McGill, 54, was wanted for the rape and kidnapping of a woman at Mazarick Park.

Reports said the victim and her 1-year-old child were at the park when McGill approached her and forced her to the back of the park.

Officials said McGill then raped the woman and stole her car.

The case went unsolved in 1990; however, recently discovered DNA evidence linked him to the crime.

On Friday, McGill was located in Orange County, Florida, and apprehended.