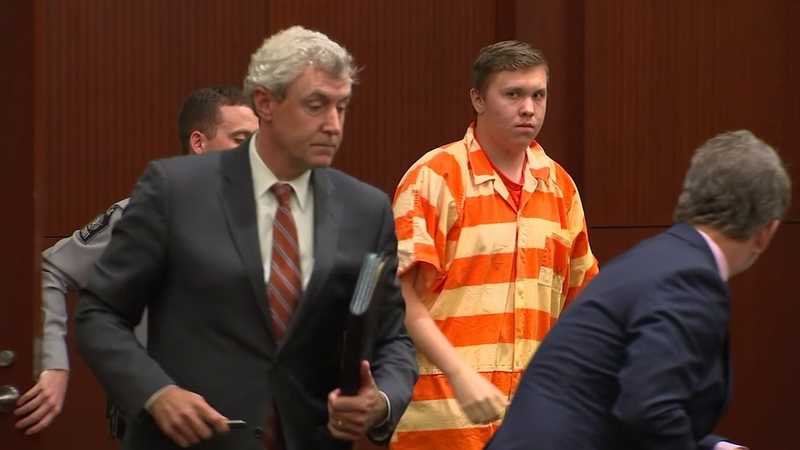 CARY, N.C. (WTVD) -- A 20-year-old Cary man is accused of making anti-Semitic comments at a Messianic house of worship against the Jewish religion and people of the Jewish faith and burning a cross at a local park.

Police said William Josephus Warden went to Shaarai Shalom on Nov. 3 and allegedly rang the doorbell of the building and made the derogatory statements when it was answered remotely.

Warden said Jews need to be out of Cary, the country, and our government, a police report stated.

Warden is the son of state Court of Appeals Judge Lucy Inman. She said in a statement that the incident stems from her son's mental illness.

Officers said they believe Warden is responsible for distributing Nazi propaganda flyers in a Cary neighborhood.

The anti-Semitic fliers were discovered in October. They referenced the hate site "The Daily Stormer," and included pictures of two Nazi swastikas.

He is also accused of burning a cross in a local park.

He was arrested and booked into the Wake County Detention Center under a bond.

Warden was charged with ethnic intimidation and placing burning/flaming cross without permission.

If released, he is being ordered not to go within 100 yards of Shaarei Shalom.

Despite its Hebrew name, Shaarai Shalom is a not affiliated with any major Jewish organization, including the Jewish Federation of Raleigh-Cary. Messianic Judaism is a controversial movement rejected by Jews because its congregations observe Jewish law but consider Jesus as the Messiah.