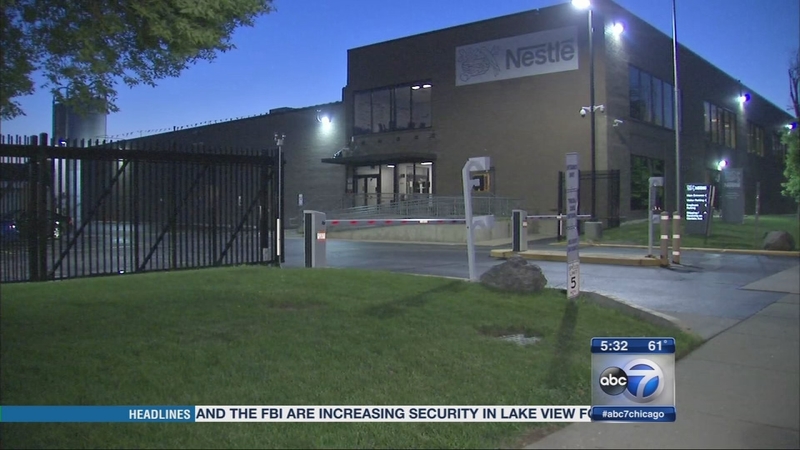 ITASCA, Ill. -- More than a dozen candy factory workers are recovering after a chemical spill at the Willy Wonka Factory in Itasca, Illinois

The Itasca fire chief says it was a small chemical spill, but several people are being treated at hospitals.

The company, which is owned by Nestle, makes candies like Laffy Taffies and Bottle Caps.

Fire officials say the chemical spill involved a five-gallon container of a product used in a humidifying system.

Employees were seen Friday morning entering and exiting the building.

Sixteen people in total were evaluated by medical personnel on the scene. Eleven of them were transported to hospitals - seven people were taken to Alexian Brothers in Elk Grove Village, and four were taken to Glen Oaks Hospital.