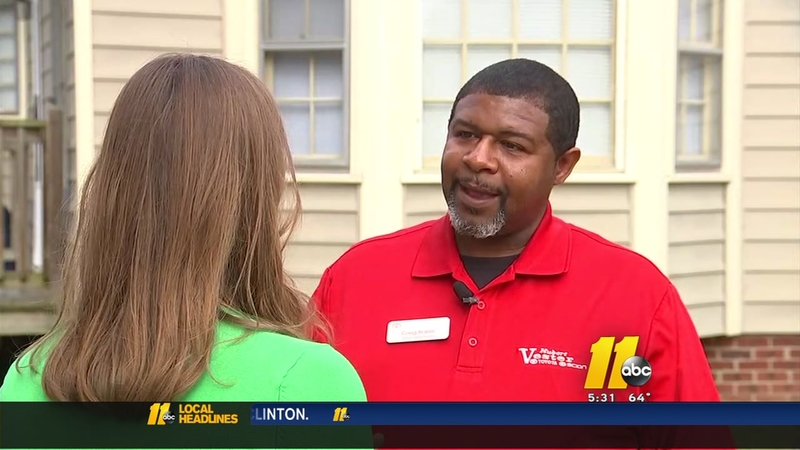 WILSON COUNTY (WTVD) -- Greg Baker said it was disturbing to walk into the Wilson County Board of Elections to vote early Monday only to be told he had already voted.

Baker showed the poll worker his photo ID, even though that's no longer required by law to vote, to try to clear up any confusion, but ended up having to vote a provisional ballot.

Rena Morris, director of the board of elections, said it was a clerical error; that last week, someone with the exact same name - even the same middle initial - came in to vote early. A poll worker printed off the wrong Authorization to Vote form with the wrong street address listed, the voter signed the form and cast the wrong ballot.

"Human error does occur on occasion but it's very rare," said Morris. "We've had probably 18 - 19,000 people voted already. And this is the only incident we've had that has occurred that I'm aware of."

Baker, who talked with ABC11 on Tuesday, said a mix-up at the polls had never happened before. He said it was discouraging considering this election season has already been filled with controversy and now he's unsure whether his vote will count.

"Never gave it a second thought," Baker said. "But now, because I had to actually physically write everything out it's like, are they gonna use mine? Or are they gonna continue to use his?"

Morris said she reassured Baker both voters' ballots will count. Elections officials retrieved the other Greg Baker's ballot and are working to contact him to come back in before canvassing on Nov. 18.

Baker brought his young son with him to the board of elections Monday, wanting to show him what it looked like to vote. He's hoping his son will still learn a lesson from this disappointing experience.

"He said, 'Daddy, what's gonna happen now?' I said, 'Well they'll have to go back and find the other ballot and I don't know if they're gonna contact that person,' I said. 'But, I made sure I did what I was supposed to do,'" Baker explained to his son.

Morris said the board of elections stresses to precinct officials to verify a voter's street address and at times, their birth date.

Voters are warned falsely completing a ballot application is a felony under state law. However, Morris said there's no indication this ballot mix-up was intentional.